I’m grinning ear to ear. This is my first biotic control application and I’m excited! I kneel to the ground, twist the cardboard canister open and tip the contents gently on to the ground. I’ve been slowly warming up the canister this morning, and now the contents – tiny, individual gall wasps – are awake and crawling around. I carefully tap the last of these miniscule bugs out of the container and survey my work. A pile of packing material crawling with the tiny insects sits at the bottom of a target plant. Absurdly proud of my gall wasps, I wish them well in their new home and move on to the next site. 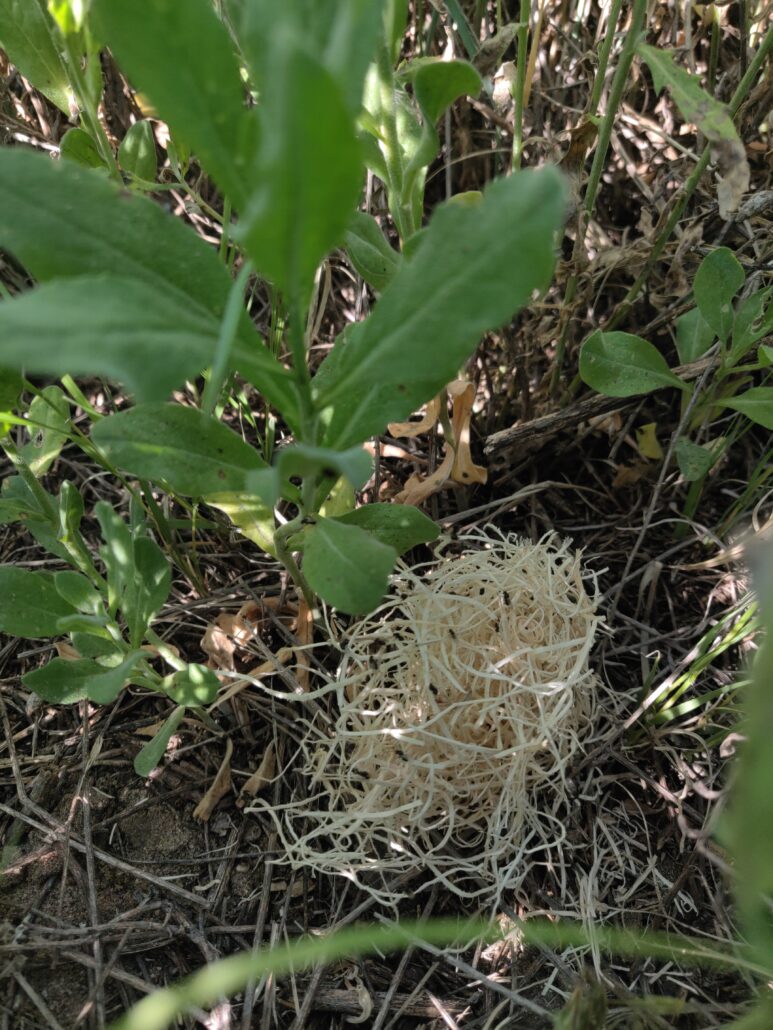 Freshly released wasps on straw packing at the base of Russian knapweed plants.

These gall wasps, specifically Russian knapweed stem gall wasps (Aulacidea acroptilonica), are a biotic control agent approved for use against Russian knapweed (Rhaponticum repens). Knapweed is a common pest on disturbed land, and as a perennial plant that can reproduce both by seed and creeping roots, it is a very successful invader. This sort of creeping perennial is very difficult to get rid of even with more active control methods, like herbicides. Biotic control is an alternative strategy that may increase effective weed suppression. Gall wasps lay their eggs inside the knapweed, forming stem galls on young knapweed plants, which slow the plant’s growth, diverting nutrients from flowers and seeds. Using gall wasps as biotic control, we hope to be able to reduce the spread of knapweed and give native species a better opportunity to compete (check out our previous blog for more on Russian knapweed here). 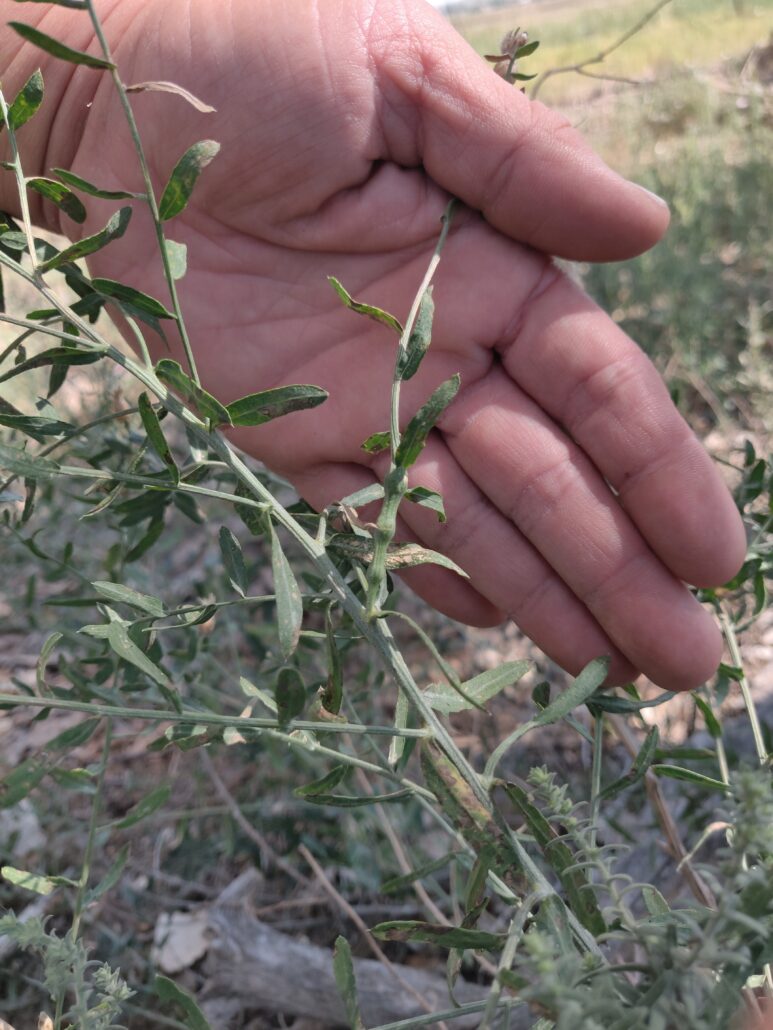 Native vegetation is critical for the health and survival of native wildlife, including birds. Birds have coevolved with native plant communities and depend on them for food, shelter, and nesting sites. Invasive plants disrupt these evolutionary relationships. Through a partnership with the Natural Resources Conservation Service and Palisade Insectary, Bird Conservancy of the Rockies is therefore helping spread these gall wasps to suppress invasive knapweed. Palisade Insectary is a part of the Colorado Department of Agriculture and is in charge of researching, raising, and distributing biotic controls within the state.

In 2021, I released three sets of wasps from the Insectary with 100 gall wasps apiece in Crowley and Otero counties, building on the 16 sets my predecessor Ryan Parker released starting in 2017. 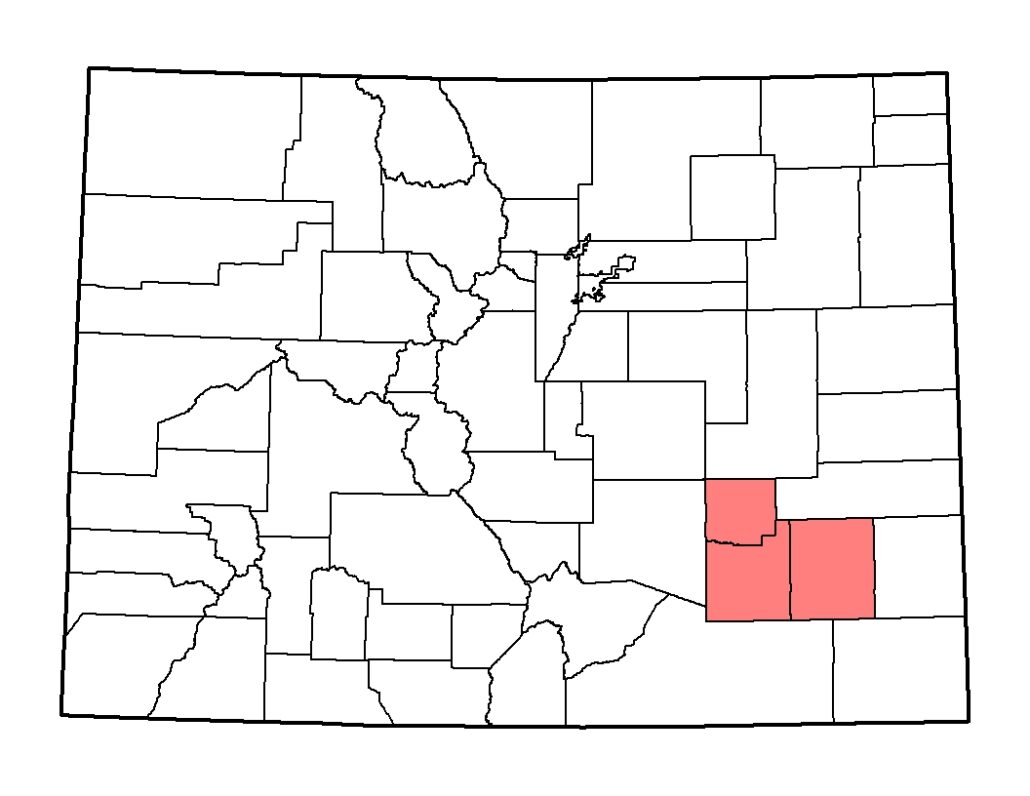 Map of Colorado counties where gall wasps have been released as part of this project: Crowley, Otero, and Bent.

These little bugs are finally reaching a local tipping point in the fight against noxious weeds. Of the previous 16 releases, 13 were successful and those wasps are starting to spread on their own.  In one site, the wasps moved and spread over a hundred yards in the course of two years. Hopefully, each of these 13 new colonies can grow and thrive to limit the spread of knapweed.

Targeting invasive species is just one step in restoring disturbed lands to their historic conditions. Crucial to this process is help from private landowners. Now that local colonies of gall wasps are established, it’s much easier to jumpstart community-based restoration. Stem galls from the established colonies can be clipped and transferred within the county so wasp larvae can mature and emerge on a new property.  These locally adapted transplants are likely to be even more successful than those shipped from the Insectary. With 13 gall wasp colonies established, landowners can collect and distribute them locally by retrieving them from their trusted neighbor for free. 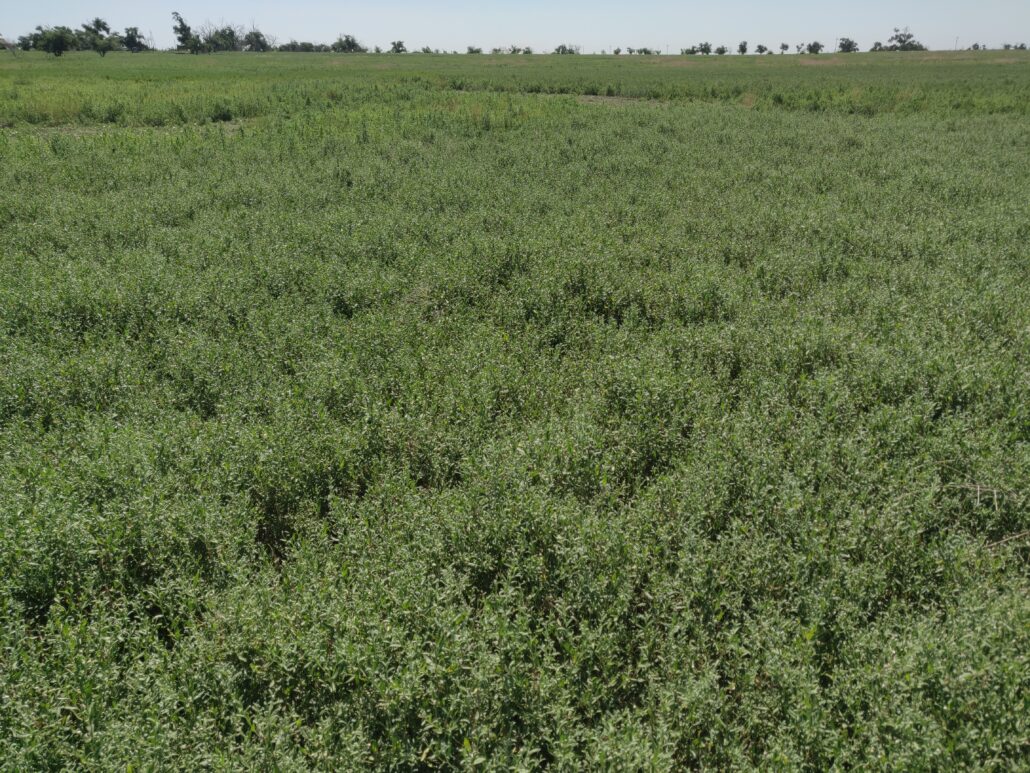 Abandoned farmland in Otero County that is completely invaded by Russian knapweed.

Spreading conservation through word-of-mouth builds local trust and confidence in our mission and it’s good for the birds, too! Highly disturbed land provides almost no benefits to wildlife — it has no shrubs for nesting thrashers, no grasses for brooding quails, no insects for foraging kingbirds.  Restoring these lands is a long-term endeavor, spanning generations, but it has to start somewhere, and gall wasps are just one piece of the puzzle in restoring Eastern Colorado rangelands. 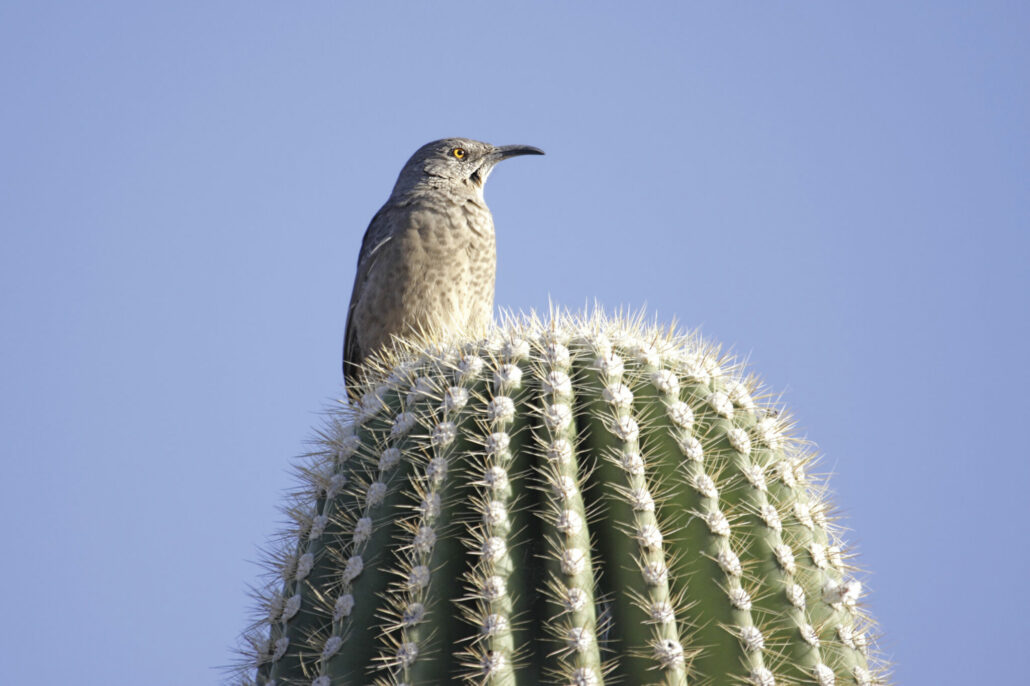 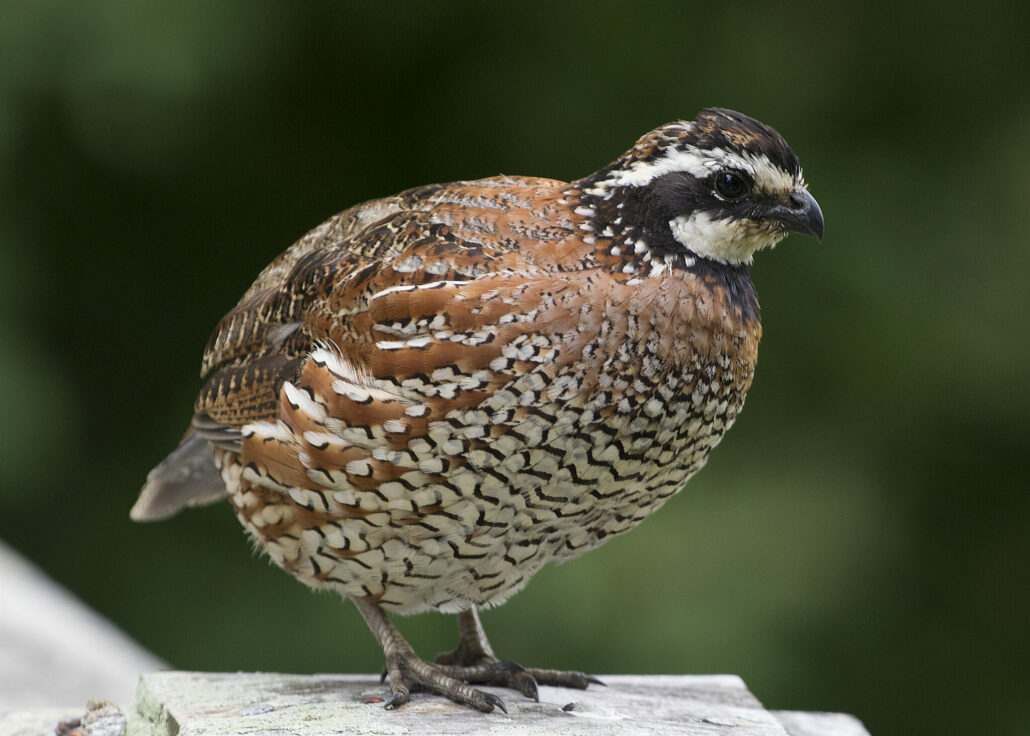 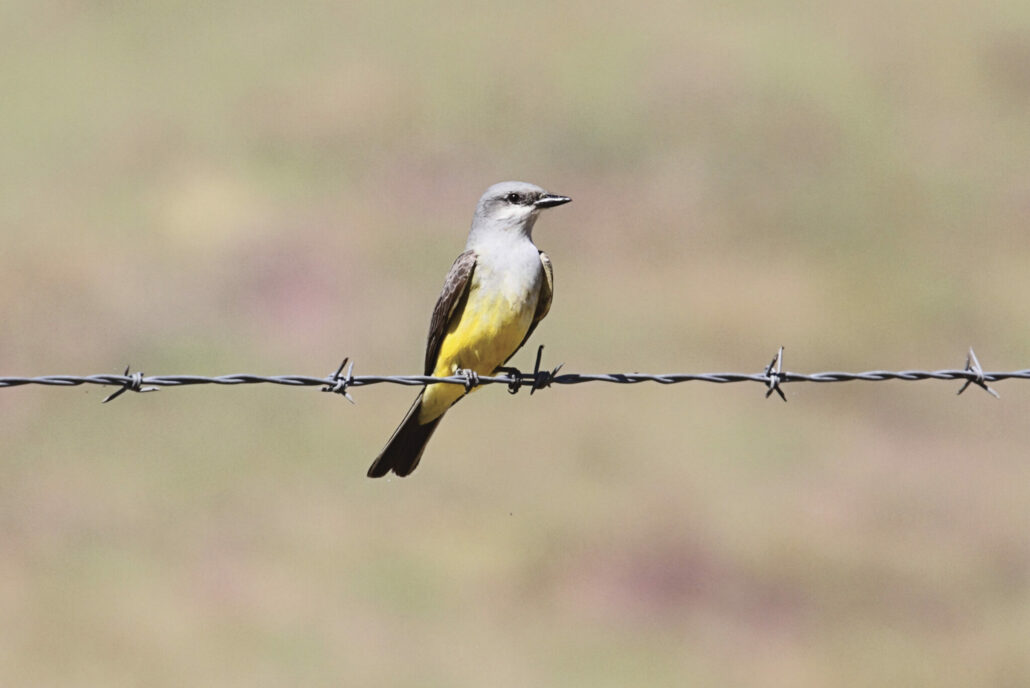