Conservation birding tours with Bird Conservancy of the Rockies combine world-class bird-watching with science-based education to showcase the biodiversity of locally and continentally important bird areas, increase awareness and support our conservation programs. We offer tours regularly in the Rocky Mountains and Great Plains regions, as well as internationally. Tours are led by Bird Conservancy biologists with support from partners with local knowledge and sometimes exclusive access to key birding areas — and proceeds support bird conservation programs!

Visit our Events Page for information about single-day birding outings and educational programs.

Please note that the Chico Basin Birding Tour trip is currently full!
If you would like to be added to a waitlist of this trip or be contacted about future trips, please contact Joe Pettit.

Join Bird Conservancy of the Rockies for an amazing weekend of exploration and discovery in the grasslands and mountains of Colorado’s Front Range. Scientists, birders, ranchers, and expert guides will lead a small group of guests across a variety of habitats during the fall bird migration and provide insights into the vital conservation activities conducted by private landowners and conservation organizations. This exclusive trip is perfect for birders, nature lovers and anyone interested in land conservation.

The centerpiece of the trip is Chico Basin Ranch. Located 45 minutes southeast of Colorado Springs, Chico Basin Ranch encompasses nearly 90,000 acres of pristine shortgrass prairie with five spring-fed lakes and countless springs that feed two creeks. Owned by the State Land Board, the Chico has been managed by Ranchlands since 2002. As one of the largest uninterrupted stretches of shortgrass and sand sage prairie left in the country, the ranch is an important habitat for diverse populations of migrating and resident birds and other wildlife. While at Chico, Bird Conservancy and Ranchlands scientists and ranchers will lead birding excursions, banding demonstrations, and tours of ranch operations.

The grasslands portion of the trip will be juxtaposed by a journey into the mountains west of Colorado Springs. Bird Conservancy biologists will guide guests on birding hikes in the higher altitude forest habitat while leading discussions on how the organization works with land owners and government agencies to conserve, restore and enhance the land.

When not in the field, guests will enjoy wonderful accommodations and dining in Colorado Springs. Each evening will feature a discussion led by a Bird Conservancy of the Rockies staff exploring our Science, Land Stewardship, and Education activities and the impacts they have had over the past three decades. With a small group size, the trip will give guests a high level of access to scientists, birding experts and conservation practitioners and the opportunity for deep learning about the challenges and successes in the bird conservation world.

.
*** Please note that full vaccination is required for all trip attendees ***
Fully vaccinated status includes at least one additional booster. You must have completed your COVID vaccination course including the booster at least two weeks prior to travel.

Trip organized in collaboration with:

Cost Includes: Accommodations for two nights, meals as specified in the itinerary, land transportation during the journey, professional guide services, park and other entrance fees, and miscellaneous program expenses.

Cost Does Not Include: Transportation to and from Colorado Springs, items of a personal nature such as laundry, telephone, drinks from the bar, and gratuities for luggage handling or personal services.

Please note that registration is processed through our partner, Naturalist Journeys.  The link below will take you to an online form to complete, and they will get back in touch with you to confirm registration, answer any questions, etc. 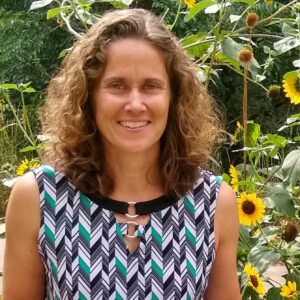 A Michigan native, Tammy earned a Bachelor’s Degree in Wildlife Management in 1995 from Michigan State University and a Master’s Degree in 1998 from the University of Nebraska-Lincoln where she studied Sandhill Cranes. She began working for Bird Conservancy (then Colorado Bird Observatory) in 1999 as a specialist in GIS and landowner outreach for the Prairie Partners program. She has been Bird Conservancy’s prairie partners coordinator and outreach director and has served as executive director since 2008. Tammy serves as the NABCI Human Dimensions Subcommittee Chair, as well as Chair of the Playa Lakes Joint Venture Management Board and Co-Chair of the Northern Great Plains Joint Venture Management Board. She enjoys working with partners and encouraging proactive voluntary efforts for species conservation, and she believes it is relationships with people that will make a positive difference for conservation now and in the future. 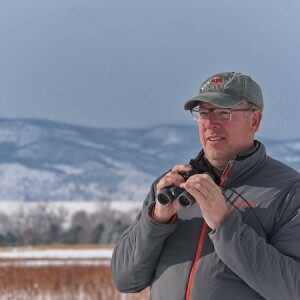 Peter is a lifelong birder raised in central New Jersey. Currently based in Boulder, Colorado, he is editor of Colorado Birds and a long-serving board member of Colorado Field Ornithologists. Peter has led birding adventures throughout Colorado and to destinations in and around the U.S., Mexico, Panama, Colombia, Ecuador and Peru. In 2019 he founded Epic Birding Tours with the goal of helping indigenous Ecuadorian communities participate in, and benefit from, ecotourism on their lands. An accomplished photographer, Peter’s images have been published in numerous magazines and field guides including The Peterson Field Guide of Bird Sounds in Western North America, Cotingas and Manakins and a forthcoming Field Identification app. 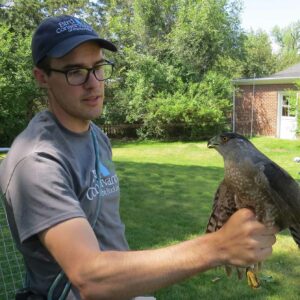 Colin grew up in Oregon and fell in love with birds on family trips to Malhuer National Wildlife Refuge. He took his first field job in 2004 studying sagebrush shrub-steppe birds and has been working in avian monitoring and research ever since. This work has taken him across the U.S., Canada, and Central America. He received his Bachelor’s in Conservation Biology from Prescott College and his Master’s in Biology from University of Colorado, Denver. He partnered with Bird Conservancy of the Rockies for his Master’s thesis studying breeding ecology and habitat use of Mountain Plovers. He has been banding birds for over 10 years and loves to share this experience with others. He has a borderline-obsessive affinity for Spizella sparrows and Toxostoma thrashers. His other interests include hiking, traveling, auto mechanics, and starting (and occasionally finishing) overly-complicated board-games.

A fourth generation rancher, Tess grew up in Colorado and manages Ranchlands’ hospitality programs, Leather Shop and business development. She is raising her two sons on Chico Basin Ranch with her husband David. Ranchlands owns and manages large scale, conservation oriented ranching operations in the American west, and provides management and strategic advisory services for large ranch owners. In addition to cattle and bison, Ranchlands operates subsidiary land based businesses that includes leather manufacturing, hospitality, hunting and fishing and education. 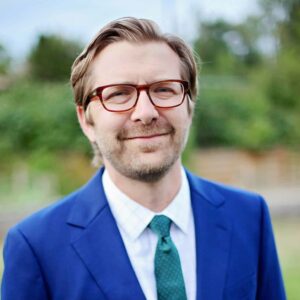 Joe is a development professional with experience spanning performing arts, conservation, climate change, foreign policy, political campaigns and urban horticulture. He grew up in eastern Nebraska and earned a Bachelor of Arts Degree in English from the University of Nebraska-Omaha. When not working, he can be found gardening, cycling, cooking, and, of course, birding. 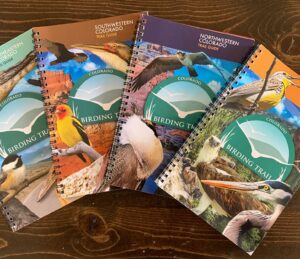