Grassland birds have declined more than any other group of North American birds.

The causes for most of the declines are poorly understood but likely stem from changes in the quantity and quality of grasslands across their migratory range. 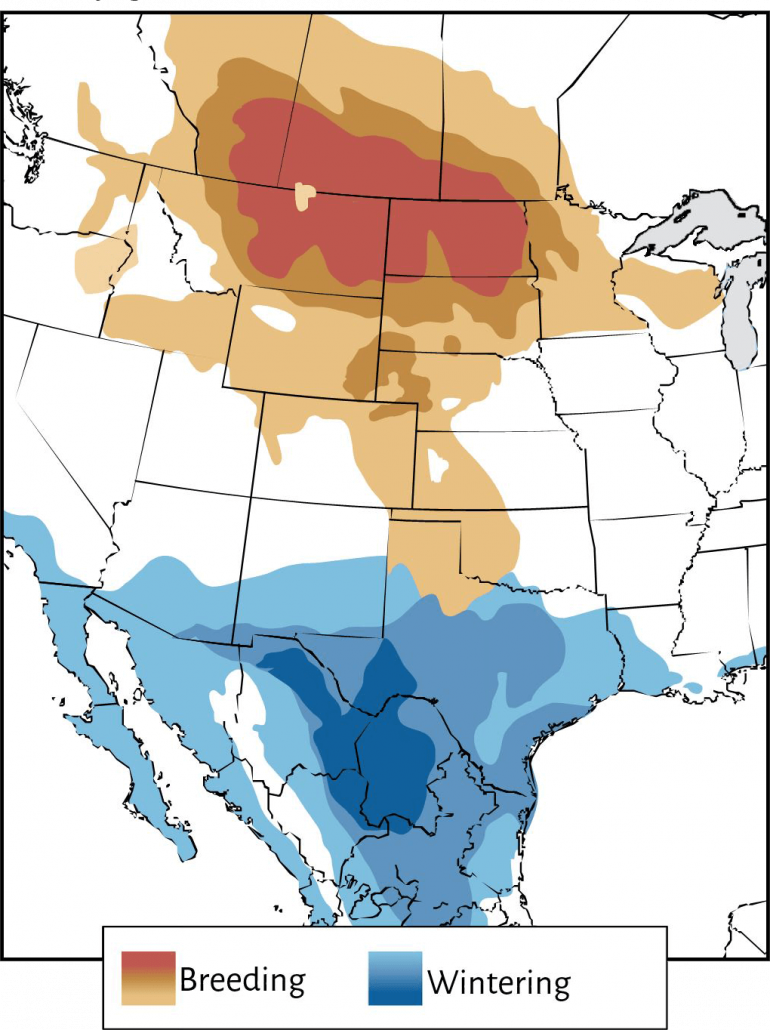 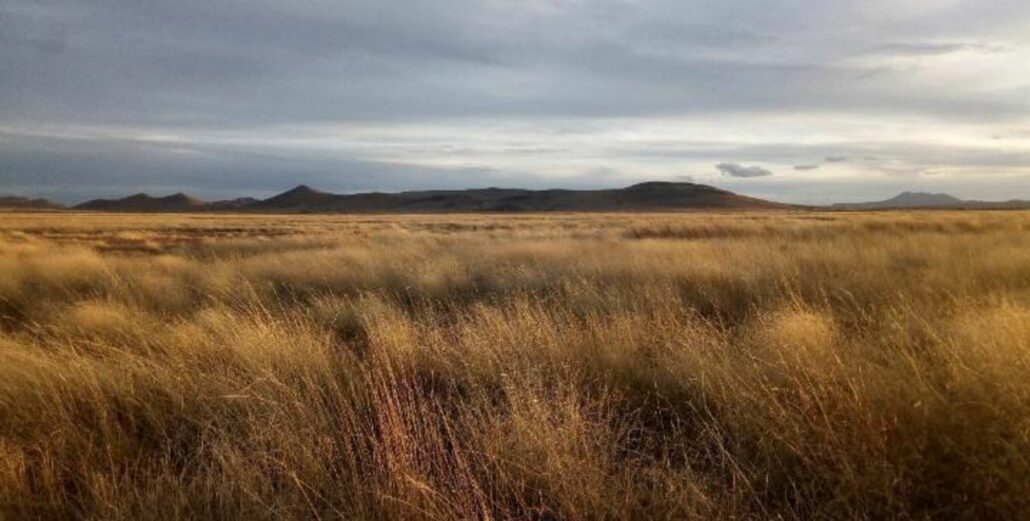 Unfortunately, the loss of desert grasslands is accelerating, especially in Mexico where the expansion of center-pivot irrigated agriculture has converted more than 100,000 acres in Chihuahua alone since 2005. This recent surge in land conversion is threatening to extirpate the last desert-dwelling Aplomado Falcons and the Mexican Pronghorn, while severely impacting other grassland species. Bird Conservancy of the Rockies, alongside our partners in Mexico and the U.S., is working conserve Chihuahuan Desert grasslands and the birds that depend on them. Until recently, little was known about how grassland birds are distributed among the grasslands of the region and what affects their abundance and survival. Bird Conservancy is leading the way to fill these critical information gaps, while developing a platform for broader conservation. We are producing the scientific knowledge and tools needed to advance strategic habitat conservation, while building international partnerships, local capacity and public support for grassland conservation throughout the region.

Since 2007, Bird Conservancy has led a bi-national effort to inventory and monitor wintering grassland bird populations in the most important grasslands in the Chihuahuan Desert. This project produced, for the first time, rigorous information on the distribution, density and habitat use of nearly 30 grassland species throughout most of the desert. We used this information to redraw the map of priority conservation sites and develop conservation tools for this region. We also developed a bi-national network and partnership of organizations with increased capacity to address grassland bird conservation.

Bird Conservancy began a pilot investigation in 2009 into the winter survival and daily movements of grassland birds to better understand if populations are limited during the winter and what factors affect their survival. We focused our initial efforts on Vesper Sparrows, using radio-telemetry, and in the winter of 2012-2013 extended this research to Grasshopper and Baird’s Sparrows. Results from the Vesper Sparrow study suggest grass height has a strong effect on survival, with at least 30 cm of standing cover needed to provide effective protection from predators. This need for tall standing cover is also desired by many range managers, highlighting the great compatibility of bird conservation and range management objectives in the Chihuahuan grasslands.

Read more about our winter grassland bird survival research on our blog.

Bird Conservancy partners with private landowners in Mexico and the U.S. to implement habitat improvement efforts for grassland birds. The “Sustainable Grazing Network” in Mexico engages cattle ranchers and other producers that support a mosaic of grassland conditions to benefit a range of priority species with differing habitat needs. Through rotational grazing, invasive shrub removal, prescribed grazing and other techniques, we are restoring habitat conditions needed in winter by species such as Sprague’s Pipit, Chestnut-collared Longspur and Baird’s Sparrow, while reducing sources of mortality and other limiting factors on private ranches and ejidos through simple conservation efforts. By working with ranchers, we can keep working ranches viable and increase the carrying capacity of the land to support more birds. Removing encroaching shrubs from the landscape to restore grassland habitat

Our grassland bird demographic research has expanded to include survival and productivity on the breeding grounds of the Northern Great Plains. We are also monitoring birds on the connected Chihuahuan desert grasslands of the Trans-Pecos in western Texas. Recent advances in tracking technology bring us closer to filling in knowledge gaps for grassland birds. Bird Conservancy is spearheading the development of a collaborative network of automated radio telemetry stations in the GPCD region as part of a world-wide network, the Motus Wildlife Tracking System.  With a number of university and nonprofit partners in Mexico and funding from the Neotropical Migratory Bird Conservation Act, station installations are planned for northern Mexico to track birds once they arrive to the Chihuahuan Desert grasslands.