Modern Wildfires: The Effects on Wildlife and Beyond

This is Part 2 of a 3-Part series exploring modern wildfires, their effects on wildlife, and management solutions underway by Bird Conservancy of the Rockies and our partners.

On June 8, 2002 a forest fire started 22 miles southwest of Denver, Colorado. By the time it was contained over a month later, the Hayman Fire was the largest wildfire in Colorado’s recorded history at over 137,000 acres. At the time this was an anomaly – wildfires exceeding even 10,000 acres were rare in Colorado. Today, Colorado has had multiple fires over 100,000 acres, with last year’s Cameron Peak Fire breaking the state record at over 200,000 acres. The trend is the same across the West, particularly in California where individual fires regularly burn across hundreds of thousands of acres.

Many of these modern fires burn fast and hot, often killing close to 100% of trees within their boundaries, an intensity of fire referred to as “high severity.” High-severity fires have occurred for millennia, but historically were isolated to cooler, moister forests that burned infrequently, such as those at high elevations and on steep, shaded north-facing slopes. Due to the practice of fire suppression that has been common since European colonization, today’s fires are fed by over a century’s worth of accumulated fuel. Further, a warming, drying climate in the American West has dried the fuel, and expanding human development and recreation have increased ignition sources – the proverbial match in the tinderbox. These factors allow high-severity fires to burn indiscriminately across forest types. These modern wildfires that are extreme in both size and intensity are increasingly referred to as megafires. Projections vary, but all agree that the number of acres burned by megafires will increase in coming decades. The list of impacts of megafires is long, but here we will focus on wildlife. Let’s look at what these modern wildfires mean for wildlife, and birds in particular. 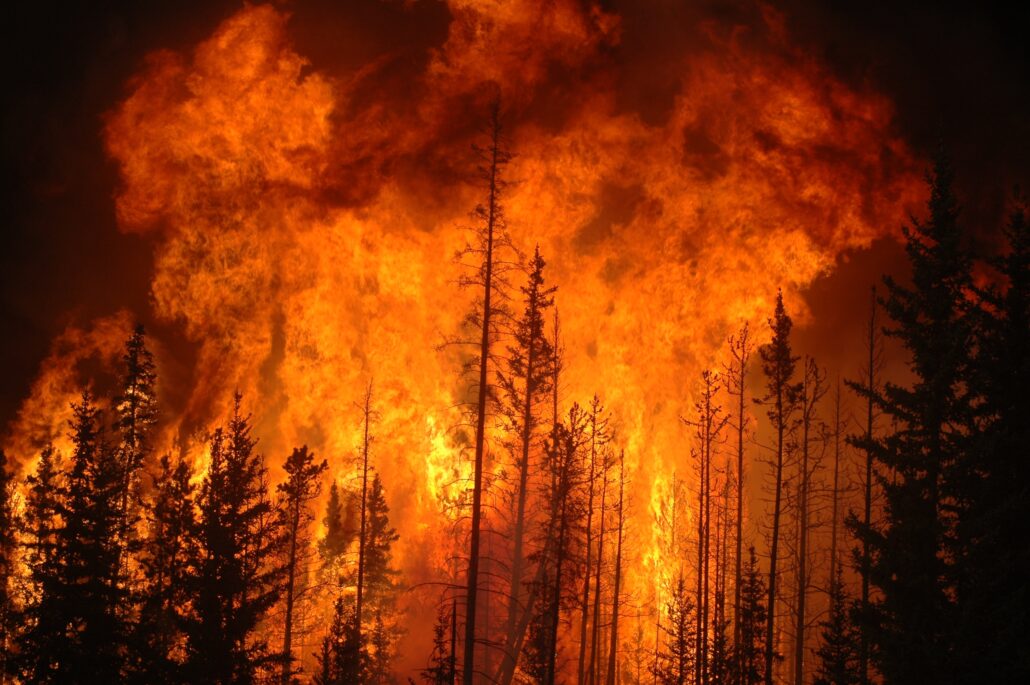 It is difficult to research the effects of wildfires on wildlife. It’s impossible to know where and when the next megafire will strike, leaving research on the effects of these events while they are happening largely up to fate. Preliminary data from tracking devices, such as GPS collars on elk, suggest that the flames themselves rarely kill animals. However, a recent study did conclude that toxic gases from wildfires contributed to an unprecedented die-off of migratory birds during 2020 (presented on by Bird Conservancy’s Arvind Panjabi). Such findings suggest potential population-level impacts that remain poorly understood.

The lasting effects of high-severity fires on wildlife populations are primarily related to changes in habitat because these fires can shape the landscape for a long time. Walk into the Hayman burn scar today, nearly 20 years after the fire, and you will still see a landscape almost entirely devoid of trees – experts predict much of this area may remain unforested for centuries. 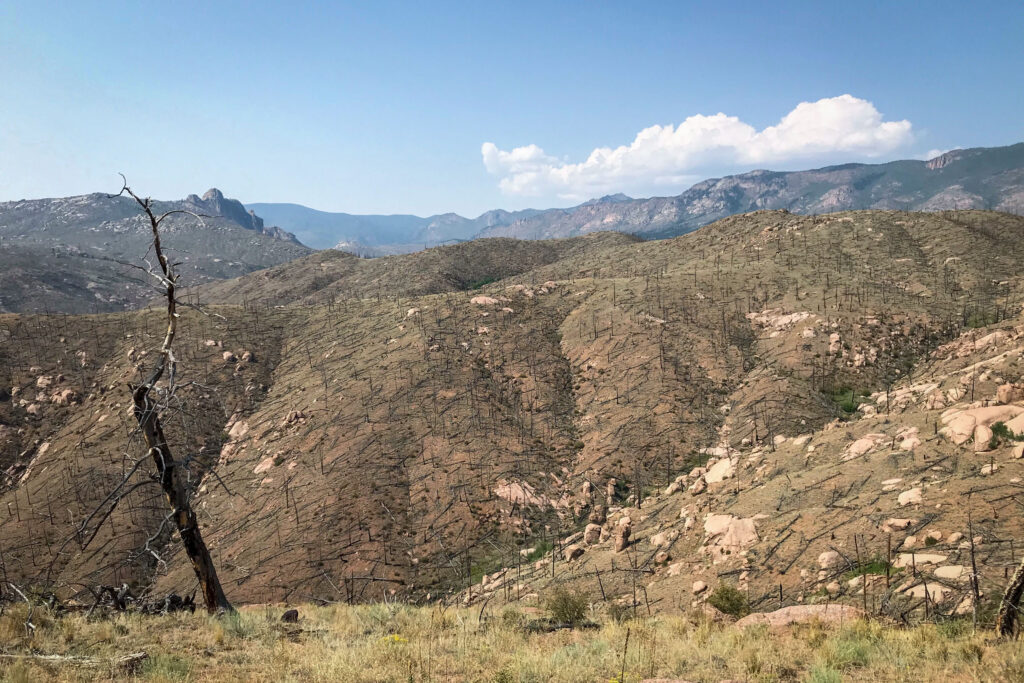 A 2020 photograph showing a portion of the burn scar from the 2002 Hayman Fire, much of which is unforested today and may remain so for centuries. Research indicates that large, severely burned areas are detrimental to some wildlife species. Photo by Michael Elizabeth Sakas/CPR News.

Studies show that multiple species, from woodpeckers to spotted owls, will avoid severely burned habitats if they cover a large area, but not if they occur in smaller patches next to low-severity fire or unburned areas. High-severity fire can open the canopy and help plants grow on the forest floor, increasing the availability of food for herbivores, and in turn their prey, but these species also require patches of forest for cover. 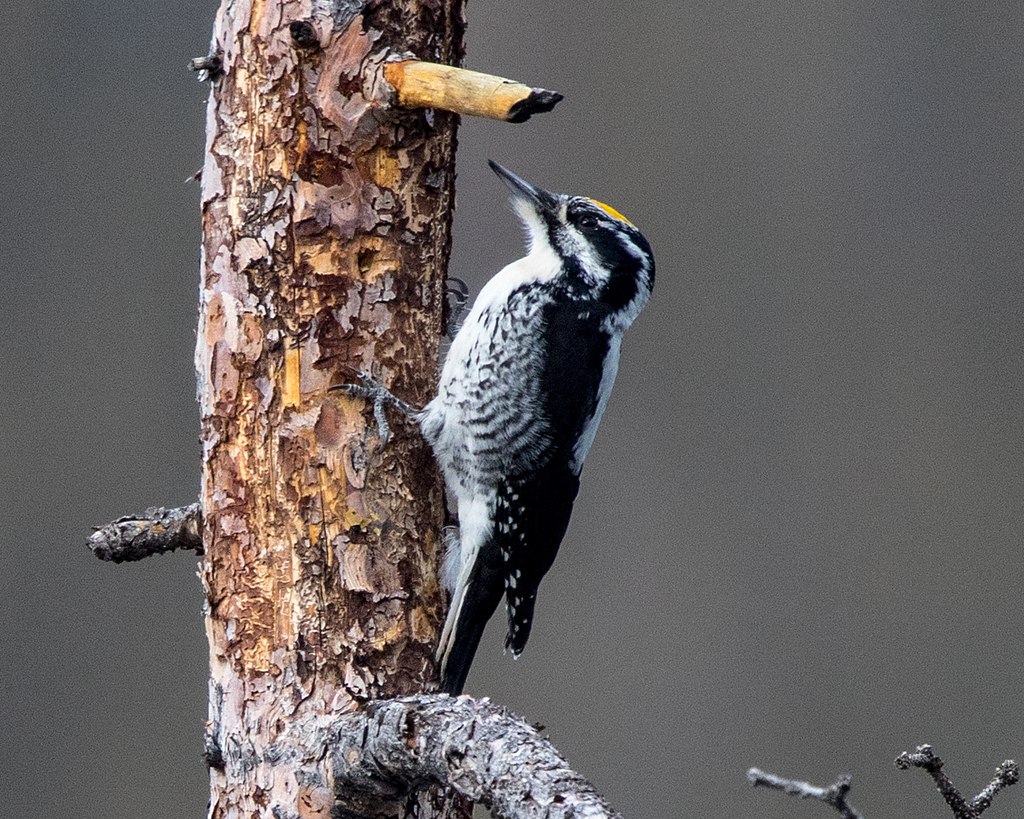 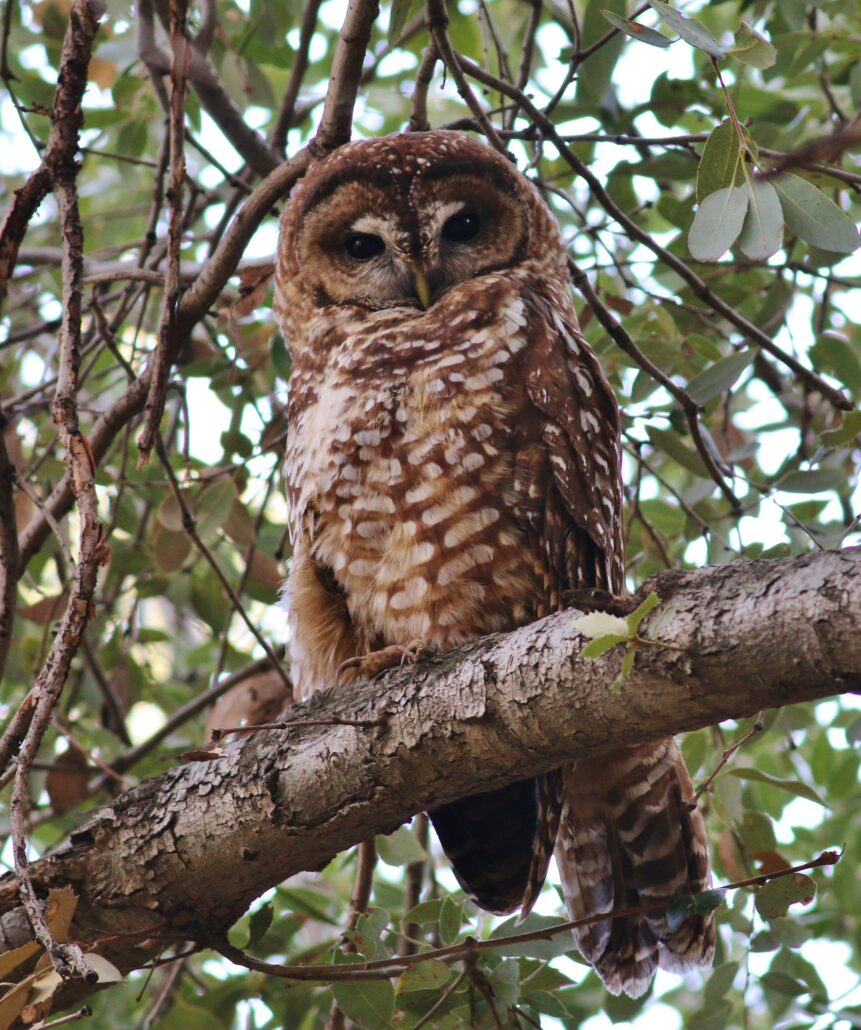 Bobcats were found to rarely move within severely burned areas, but were strongly attracted to the forest edge surrounding those areas. A common thread from these studies is that wildlife can respond positively to high-severity fire when it is intermixed with lower severity fire, a pattern referred to as mixed-severity fire. This conclusion harkens back to the mosaic nature of historical forests. Vast expanses of uniform, unvarying forest are neither natural nor beneficial, whether unburned or severely burned. This inspires hope, because it means we don’t need to stop large fires completely to start making a difference for conservation – anything we can do to restore forests and lessen fire severity will help. We have the tools available. For example, large prescribed burns conducted prior to the Hayman Fire were found to alter that fire’s behavior. 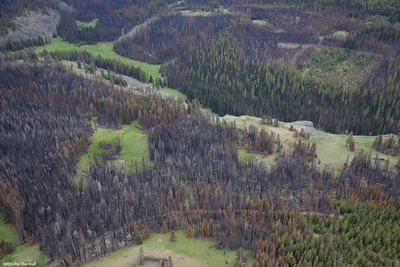 An example of the aftermath of mixed-severity fire. High-severity fire can benefit wildlife if it occurs in patches near lower severity fire and unburned areas. Photo by John F. Marshall/US Forest Service.

Human Impacts: During and After Severe Fires

As much as we can blame the modern era of fire suppression management practices for megafires, it was largely born from necessity. In the modern world, human development increasingly penetrates western forests. Homes, businesses, farms, crucial infrastructure (water, communications, and energy), and most importantly human lives can be lost in wildfires. However, we now know that excluding fire permanently is not an option – it will always happen eventually. Luckily science, experience, and teamwork have shown us how we can be proactive with solutions that benefit both ecosystems and modern society.

Please stay tuned for the upcoming Part 3 to this blog to learn about how Bird Conservancy of the Rockies is improving ecosystems and society through forest restoration.

David McNitt (based in Woodland Park, CO) is employed by Bird Conservancy of the Rockies with funding support from the USDA Natural Resources Conservation Service and Colorado Parks and Wildlife.