Private landowners and the properties they steward are critical to conserving wildlife and their habitat. Over 70% of landownership in the Great Plains and Intermountain West is privately owned and many at-risk species use private lands during their annual life-cycle. Private landowners can help enhance wildlife habitat by implementing sustainable management, restoring habitat to a higher quality, and easing the land to conserve it in perpetuity. The USDA Natural Resources Conservation Service (NRCS) offers voluntary programs to help eligible landowners accomplish these goals by providing financial and technical assistance. Financial assistance is funded through the Farm Bill in the form of “cost-share” programs. The principle of cost-share is simple: the cost of undertaking these conservation practices is shared between the Farm Bill funds and the landowner as a means of ensuring a mutually beneficial investment.

Because of the high cost of these projects, demand for federal funding is often high. This leaves many landowners competing with one another for limited funds. Further, smaller properties are usually less competitive for this funding as they tend to have less natural resource concerns than larger properties, regardless of having conservation merit.  Finally, well-deserved, funded projects that address numerous resource concerns, like soil erosion, poor water quality, invasive species or inadequate wildlife habitat, are often scattered across a state, potentially diluting the conservation impact.

To help address priority resource concerns in specific regions while alleviating some of the pressures of competing for funding, natural resource professionals can write “targeted” conservation applications that funnel Farm Bill dollars to a localized area to address clearly defined natural resource concerns. These local resource concerns are identified by stakeholders through a locally-led process. Successful applications are awarded a “targeted” funding pool to directly address the locally-identified resource concerns. This approach harnesses the power of strategic planning and dedicated funding to achieve a regional or landscape scale result. In 2020, two of our Private Lands Wildlife Biologists (PLWB) in Colorado and Montana participated in writing and implementing two successful targeted plans to do just that. While called different names in different states, the benefits to local communities and wildlife couldn’t be more similar. 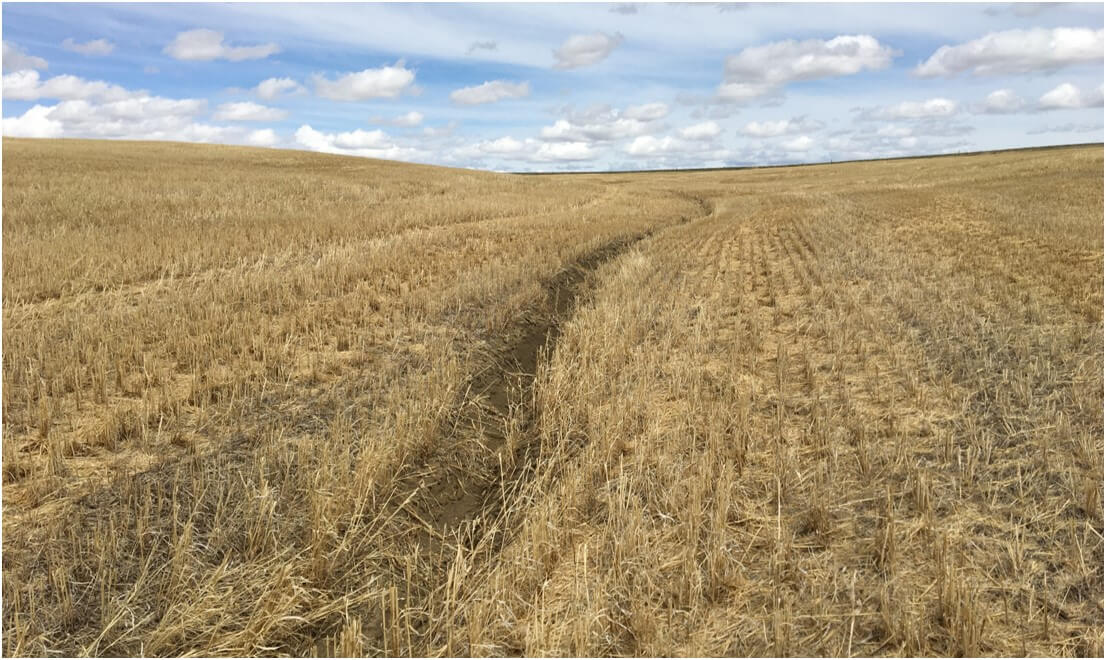 Healthy soils are foundational to thriving plant communities, capable of supporting livestock and wildlife simultaneously. Research shows that compared to annual cropland, perennial grasslands contain more organic matter, soil carbon, nitrogen, water aggregate, and microbial activity. In short, flourishing perennial grasses can retain and improve the health of soils. In eastern Montana, a local landowner-led working group identified soil health as one of the top resource concerns, with specific concerns for the depletion of organic matter on dryland crop fields. Bird Conservancy’s local PLWB, Tayler Scherr, and the Glendive NRCS Field Office were awarded a Targeted Implementation Plan (TIP) to help landowners convert annual cropland back to perennial grasses for an area in western Dawson County. Their original goal was to convert at least 4,200 acres of cropland back to perennial grass for livestock production and wildlife through the reestablishment and connectivity of permanent vegetation. Bird Conservancy and NRCS understand that landowners need to make a living off their land; that’s why the TIP includes funding to develop critical infrastructure like fences and water sources to facilitate compatible management practices like planned grazing. All these efforts will support critical components of working lands while improving soil health and creating critical habitat for grassland birds like the Sprague’s Pipit, Baird’s Sparrow, Bobolink, and Chestnut-collared Longspur, as well as many other wildlife species. 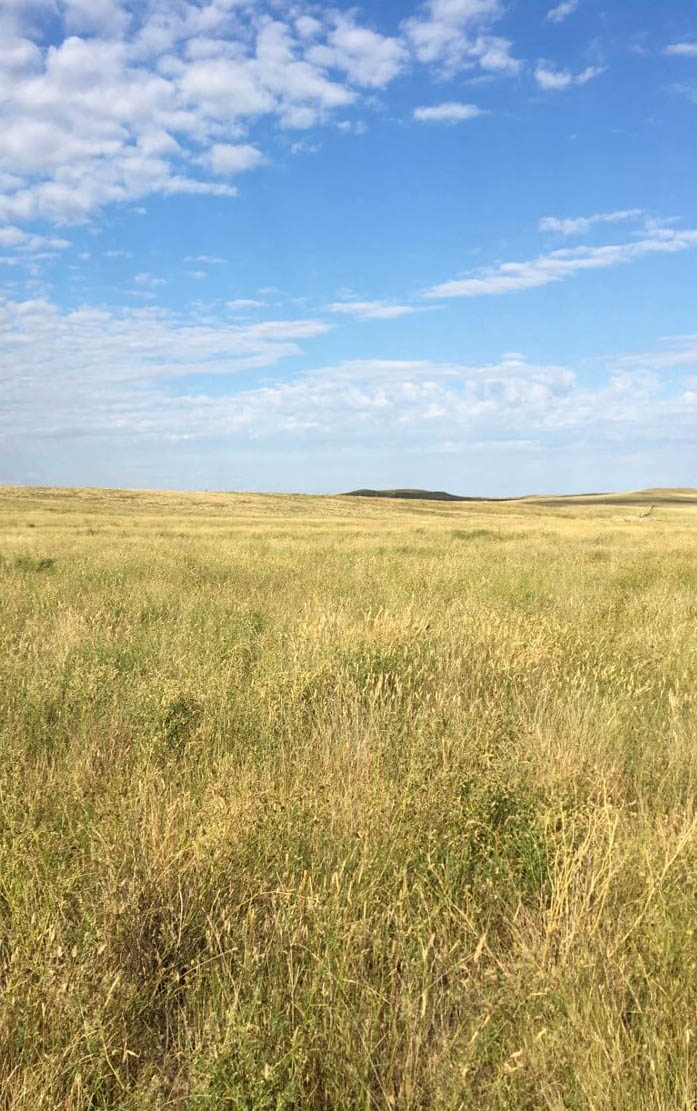 This TIP was awarded $1.5 million from Montana’s NRCS and will consist of three sign-up periods from 2021 through 2023. The first round of sign-ups was in early 2021. Six producers applied to convert 4,285 acres back to perennial grass and forbs, exceeding the project goal in the first year with significant funds leftover for continued projects! In addition, there has already been significant interest in restoring cropland back to perennial grass in another area of Dawson County. Here, Tayler has 23 more landowners interested in submitting another TIP application in 2022, with the potential to restore at least 6,900 acres, if funded. 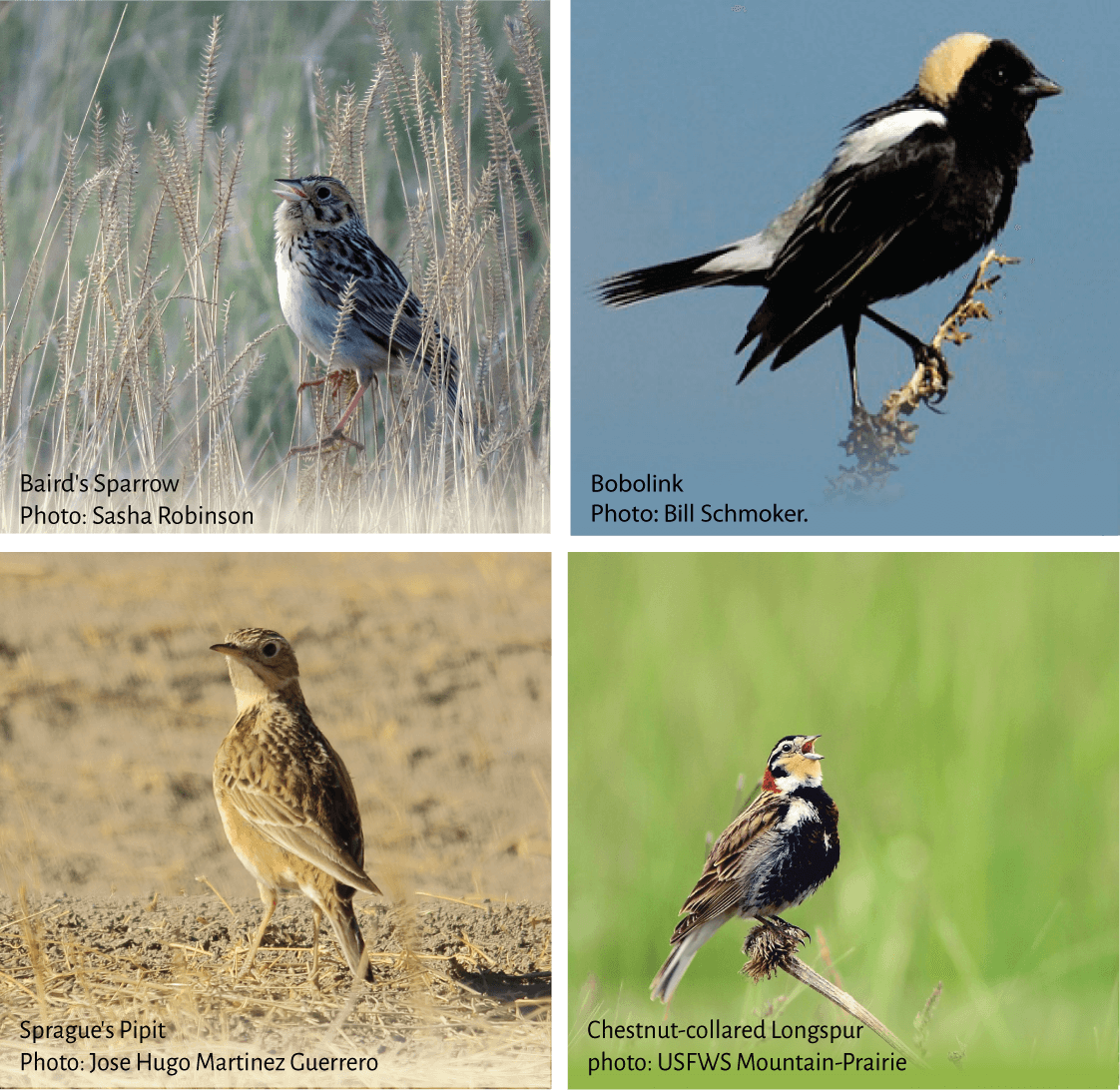 While Tayler spearheaded this project, none of it could happen without partner involvement. Both Montana Fish, Wildlife and Parks (MFWP), National Fish and Wildlife Foundation (NFWF) and NRCS  provide financial support for Tayler’s position. Both MTFWP and NRCS also provide technical and additional financial assistance to landowners that further enhance individual projects beyond reseeding. In addition, Northern Great Plains Joint Venture and World Wildlife Fund are committing both technical and financial assistance on a project-by-project basis, further leveraging resources to accomplish even more restoration! 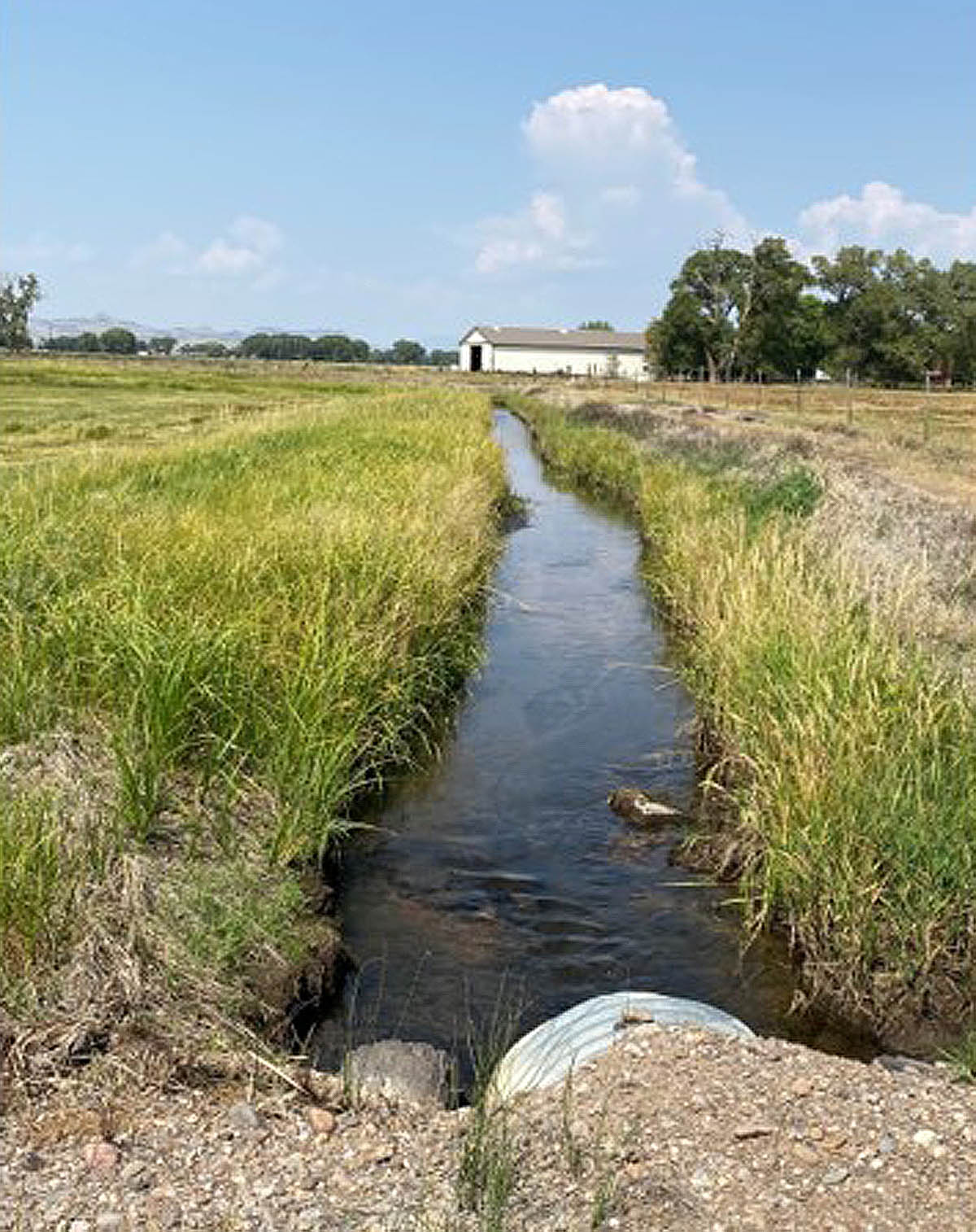 Flood irrigation on historical floodplains and wetlands in the San Luis Valley (SLV) of south-central Colorado is an important part of the identity and culture of many multi-generational ranchers. Flood irrigation provides a variety of important benefits including increased forage for livestock, groundwater recharge, soil health, and valuable habitat for wildlife, especially at-risk species such as migrating Greater Sandhill Crane and White-faced Ibis. But as center pivot sprinklers became the primary type of irrigation for crops, flood irrigation and its associated benefits, like wildlife habitat, have drastically declined. Coupled with the impacts of prolonged drought, this trend has negatively altered regional hydrology and ecology in the San Luis Valley, including the reduction of the cottonwood and willow galleries that create critical habitat for the federally endangered Southwestern Willow Flycatcher and Yellow-billed Cuckoo. 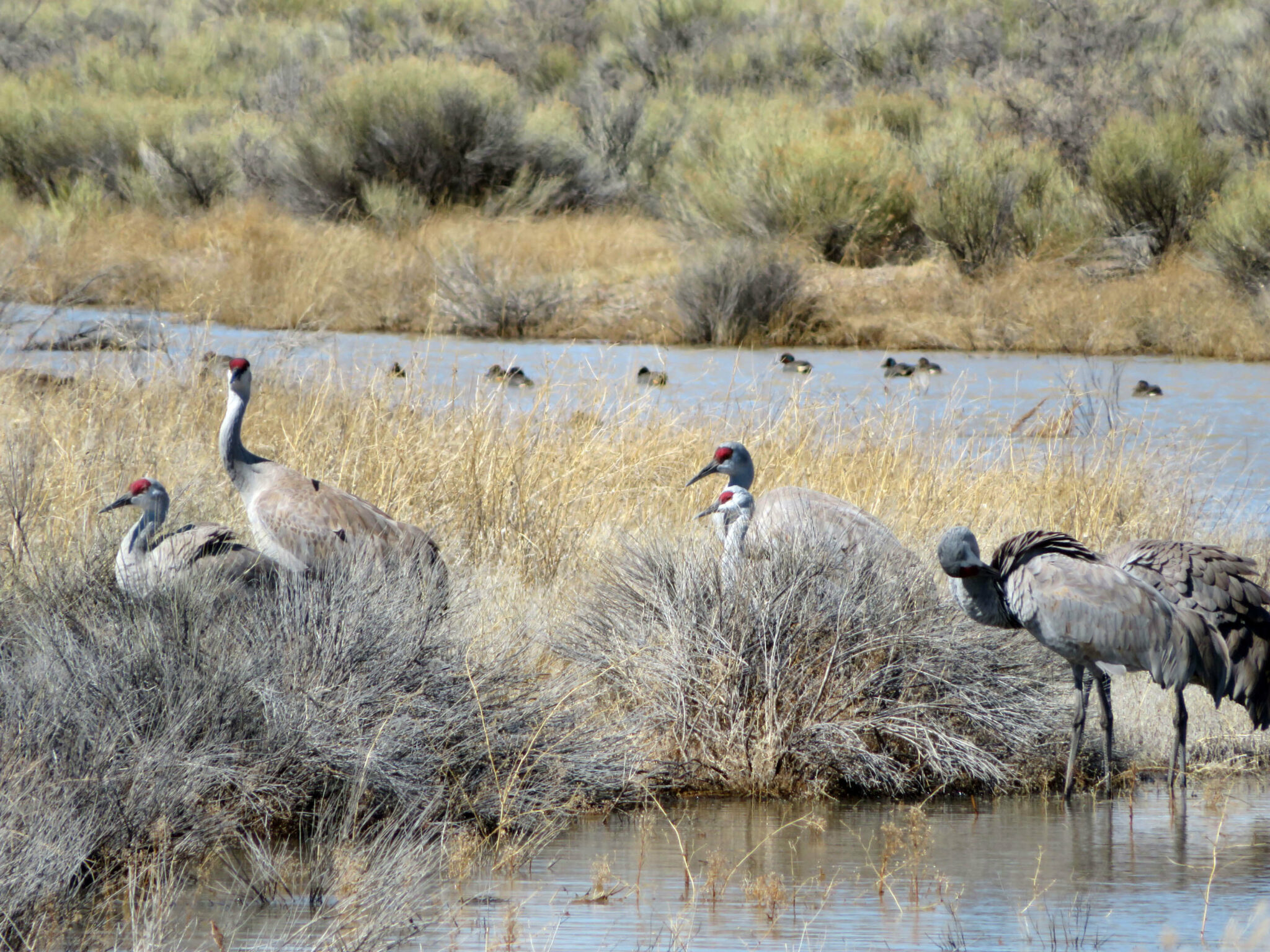 To combat these threats, the Mosca-Hooper Conservation District and the Rio Grande Water Conservation District partnered with the Natural Resources Conservation Service (NRCS) to develop a Targeted Conservation Program (TCP). The TCP will address locally-identified resource concerns like soil erosion, plant productivity and health, and habitat for fish and wildlife. The project area includes private land along 45 miles of the Rio Grande corridor from Del Norte to Alamosa and is estimated to include up to 180 private properties. In late 2020, the area was expanded another 20 miles to include a critical tributary to the Rio Grande watershed, Pinos Creek. Bird Conservancy’s PLWB, Emily Chavez, and her NRCS colleagues, as well as the Intermountain West Joint Venture (IWJV) and its Water 4 initiative, are helping to implement the TCP to upgrade aging water delivery infrastructure.

In early 2020, Emily helped to enroll six landowners in the TCP program to manage water on 2,009 acres of wetlands along the riparian area. In addition, IWJV partnered with NRCS to hire, Hallie Flynn to help enroll more landowners and tackle the engineering of the water delivery systems. By 2021, interest and awareness in the program had grown—seven landowners have applied to the program as of January 2021, which will impact an estimated 2,600 acres. 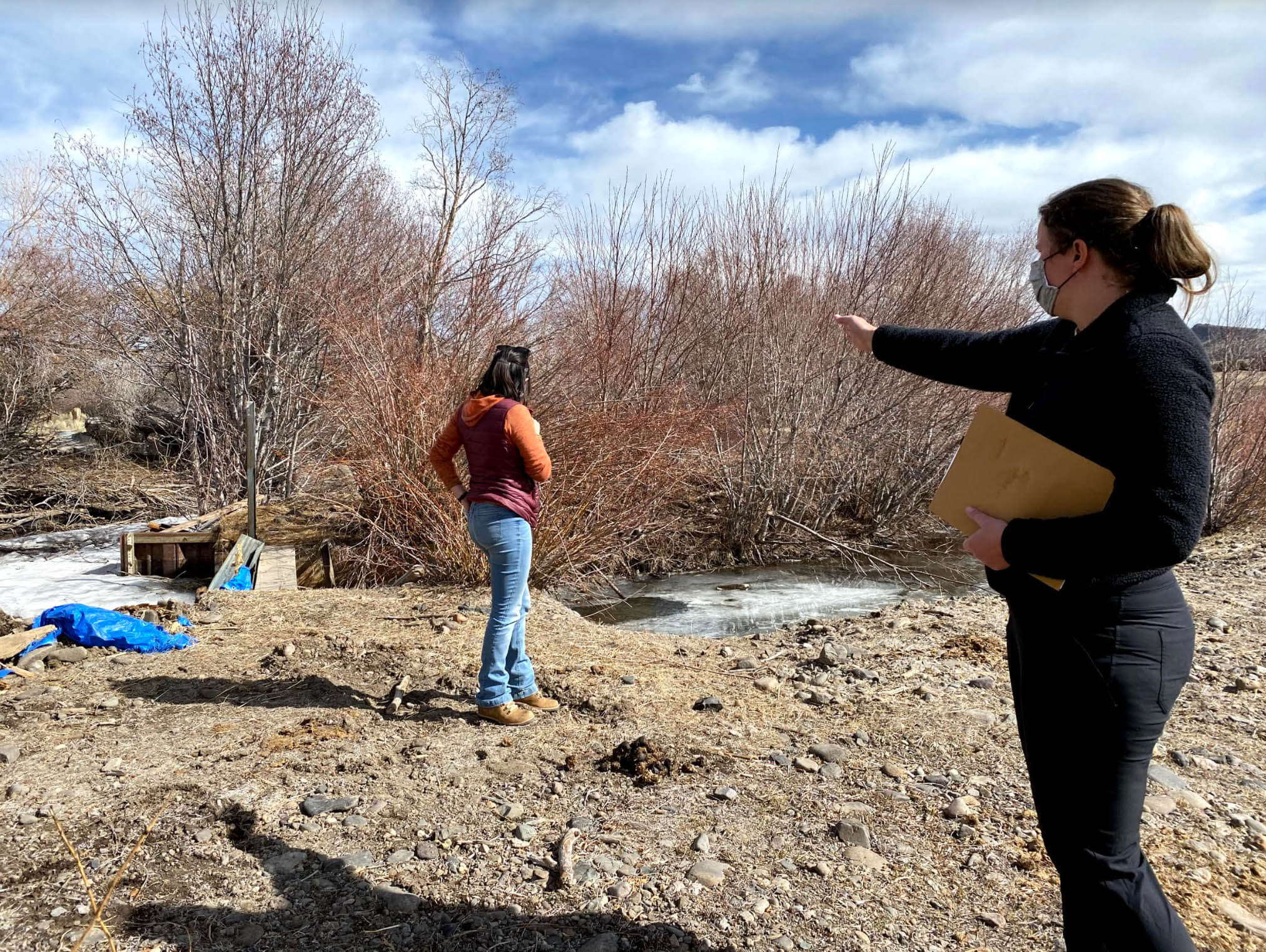 Immersing our biologists in local communities continues to be a way for us to learn about local resource concerns. By understanding local resource concerns, we are able to develop trusting relationships with local conservation partners and landowners. These community relationships are the most valuable tool to achieving conservation in critical habitats. Conservation that is mutually beneficial to landowners and wildlife requires a helping hand from everyone and we are thankful for our diverse partners, project funds, private landowners, and Bird Conservancy’s members, who allow us to make a positive conservation impact.