Discovering Biodiversity in your “Backyard” 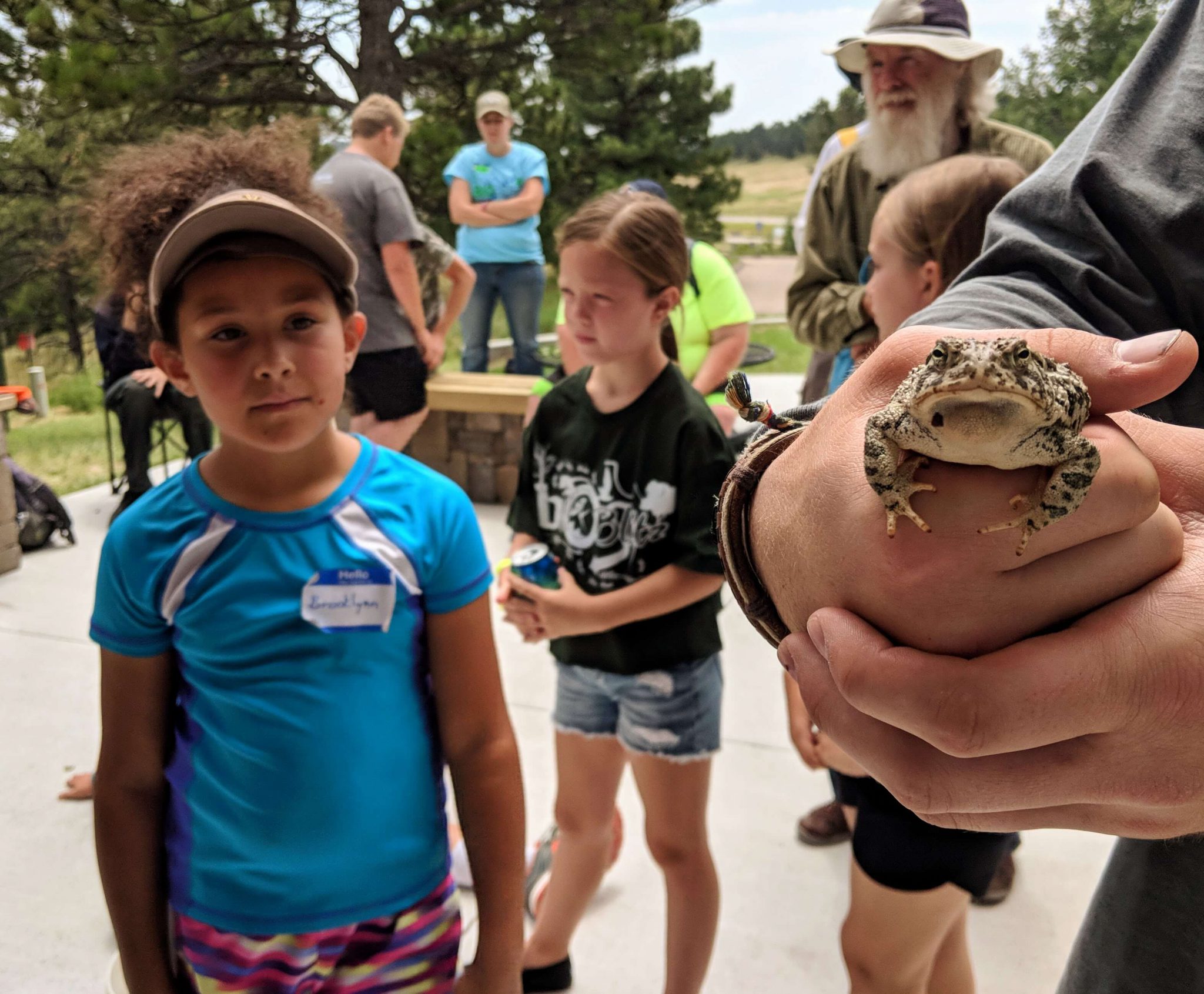 Dennis Ferraro, Nebraska state Herpetologist, shows off a Woodhouse Toad to a delighted crowd at this year’s Bioblitz. The toad was not impressed!

On a warm weekend in July, families and scientists gathered together in Western Nebraska at Wildcat Hills Nature Center to answer one big question: How many plants, animals, and other living things call Wildcat Hills home? Wildcat Hills State Recreation Area, a 1,094 acre Nebraska state park, contains both short-grass prairie and pine covered rocky bluff habitats, and overlooks the North Platte River valley below. Armed with field guides, binoculars, bug nets, and natural resource experts, we set out to answer this question at the second annual Wildcat Hills Bioblitz! 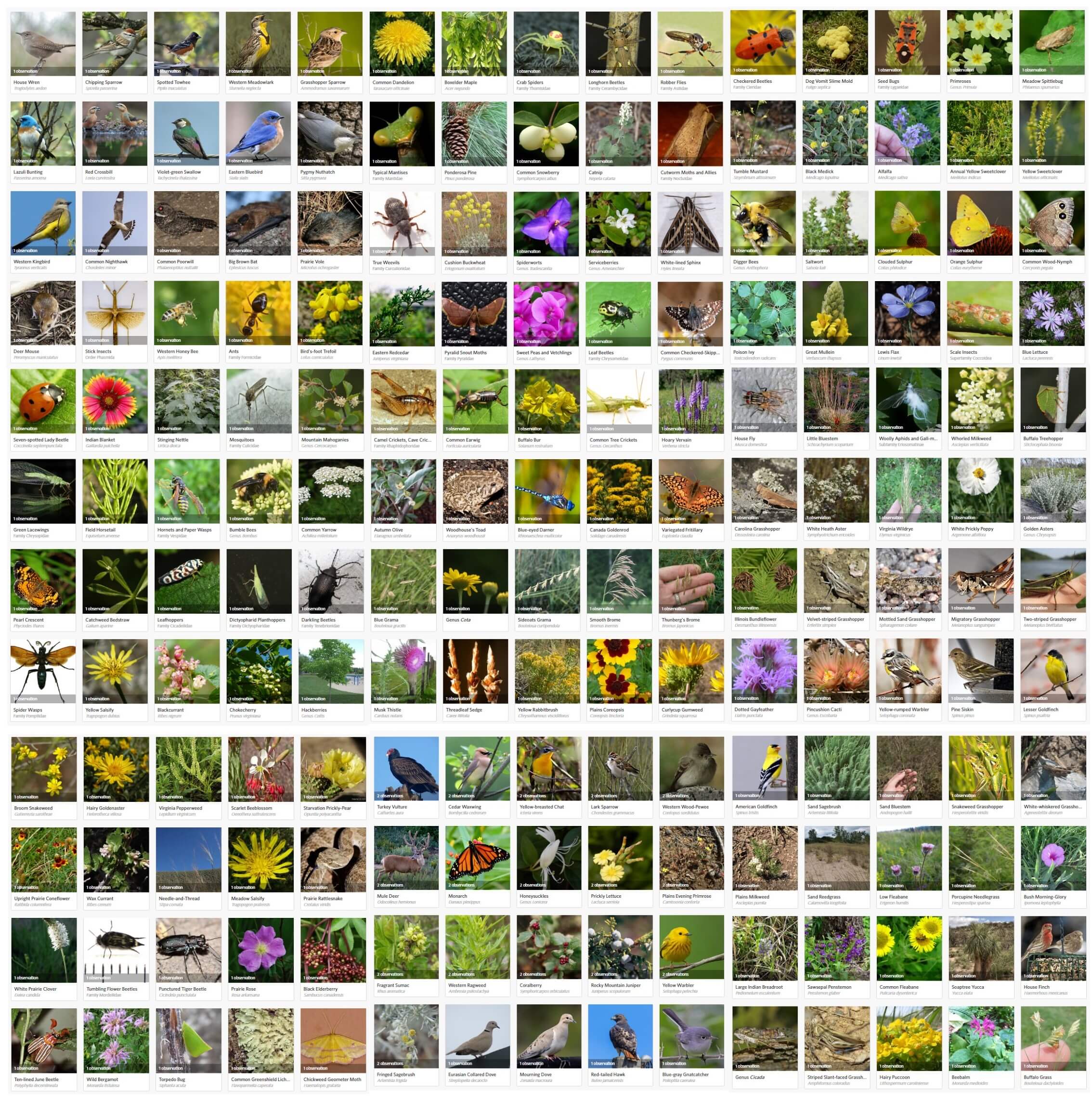 During the Wildcat Hills Bioblitz, participants observed over 200 species of plants, trees, birds, insects, reptiles, mammals, and even fungi!  Visit the official iNaturalist event page to see a complete list of all the species recorded.

A bioblitz is a citizen science event that brings together community members and natural resource professionals to observe as many species as possible in a given area in a set amount of time. This species inventory helps park managers and the public get a sense of the amazing biodiversity of an area, and how that area can serve as a critical habitat to so many species. 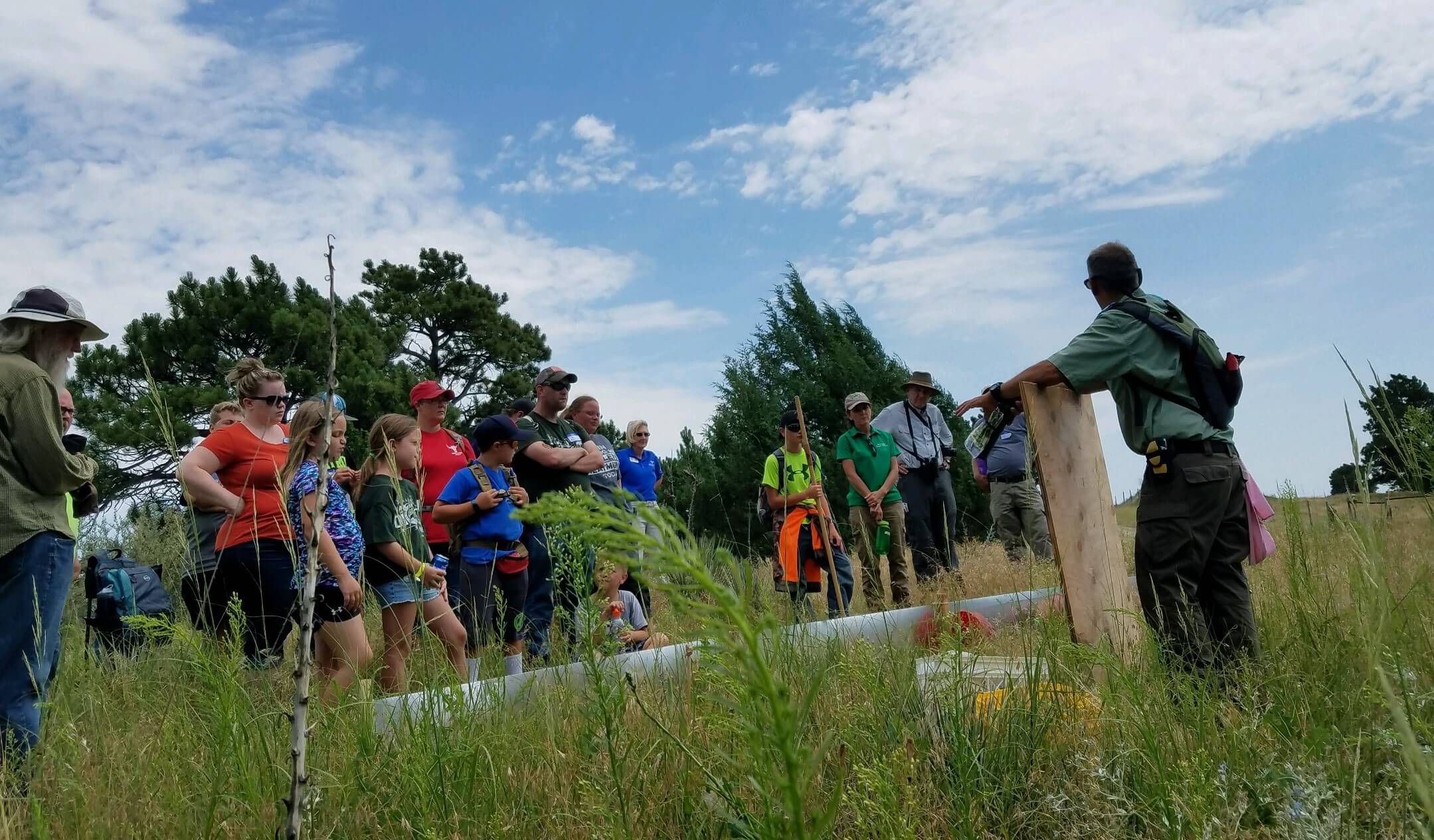 During the two-day event, a handful of biologists, entomologists, herpetologists and other experts lead several different sessions to accomplish this goal. Over 80 participants joined in on mammal, reptile, insect, plant and bird surveys, all while adding to the total number of species observed throughout the event. Bioblitz participants discovered nearly 30 species of birds, 60 species of insects, three species of reptiles and amphibians, seven species of mammals, and over 100 species of wildflowers, grasses, trees and other plants. All were recorded in iNaturalist, a website and phone app used by citizen scientists across the world for recording their observations. 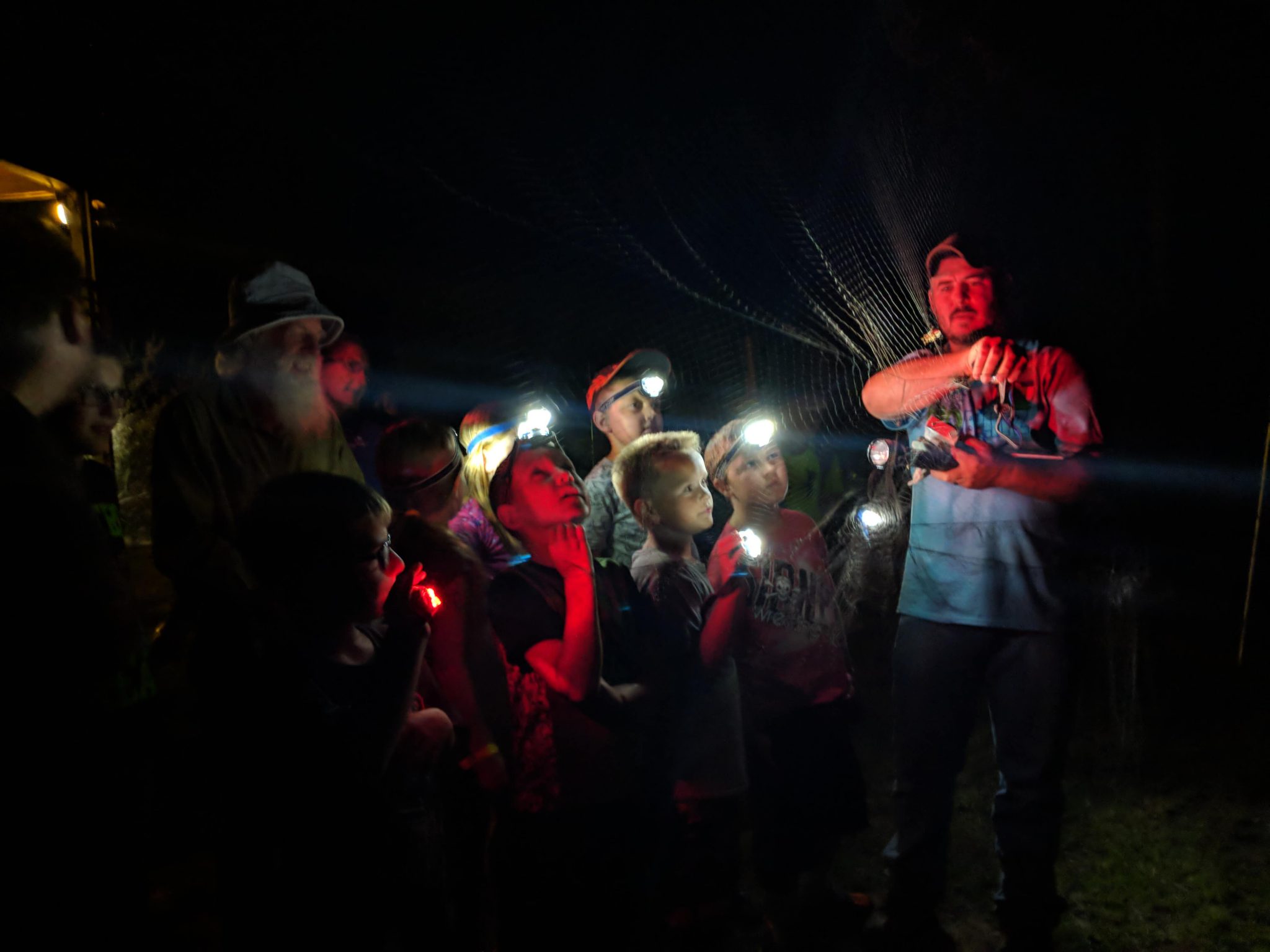 Although the species count was impressive, the Bioblitz served as more than just your standard species inventory project. As the Nebraska Wildlife Education Coordinator for Bird Conservancy of the Rockies, I had two important goals in mind when facilitating the Bioblitz. First was conducting the species inventory and finding as many species as we could during the 24-hour event. Second was to bring families outside together and create a sense of place by connecting them to the amazing natural resources in their region. 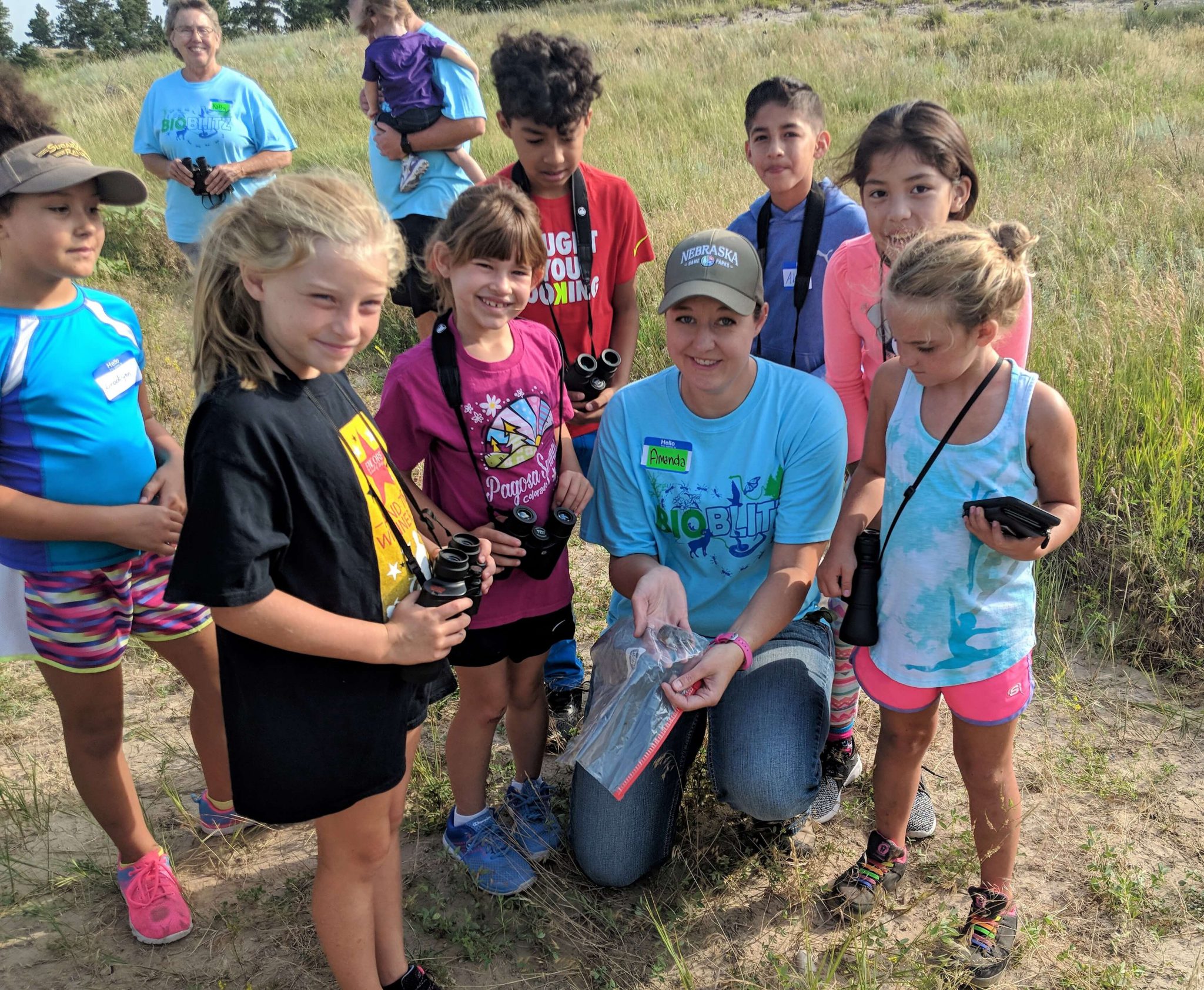 Amanda Filipi leads a team of enthusiastic young scientists on a mammal survey.

For some families, this event enabled them to see Wildcat Hills in a totally different light. Shawna Payne, a local community member who brought her family of six out to the event, reflected on her experience by saying, “The program content was simply fantastic – perfect for all ages, thought out, and engaging! It is obvious Bird Conservancy’s team have poured their hearts into the success of this event. Our sincerest appreciation goes out to all the conservationists supporting this program financially and otherwise. We had taken our girls to the nature center, but beyond that we had never hiked in the Wildcats. The sights and sounds behind the roadway we’ve traveled so many times were absolutely awe-striking!”

Another participant brought her nine year old son to the event and attended every session. When asked a week later what impact she thought the Bioblitz had on her son, she exclaimed, “He hasn’t stop talking about it yet. He tells everyone we see about it. Even the cashier at the store!” 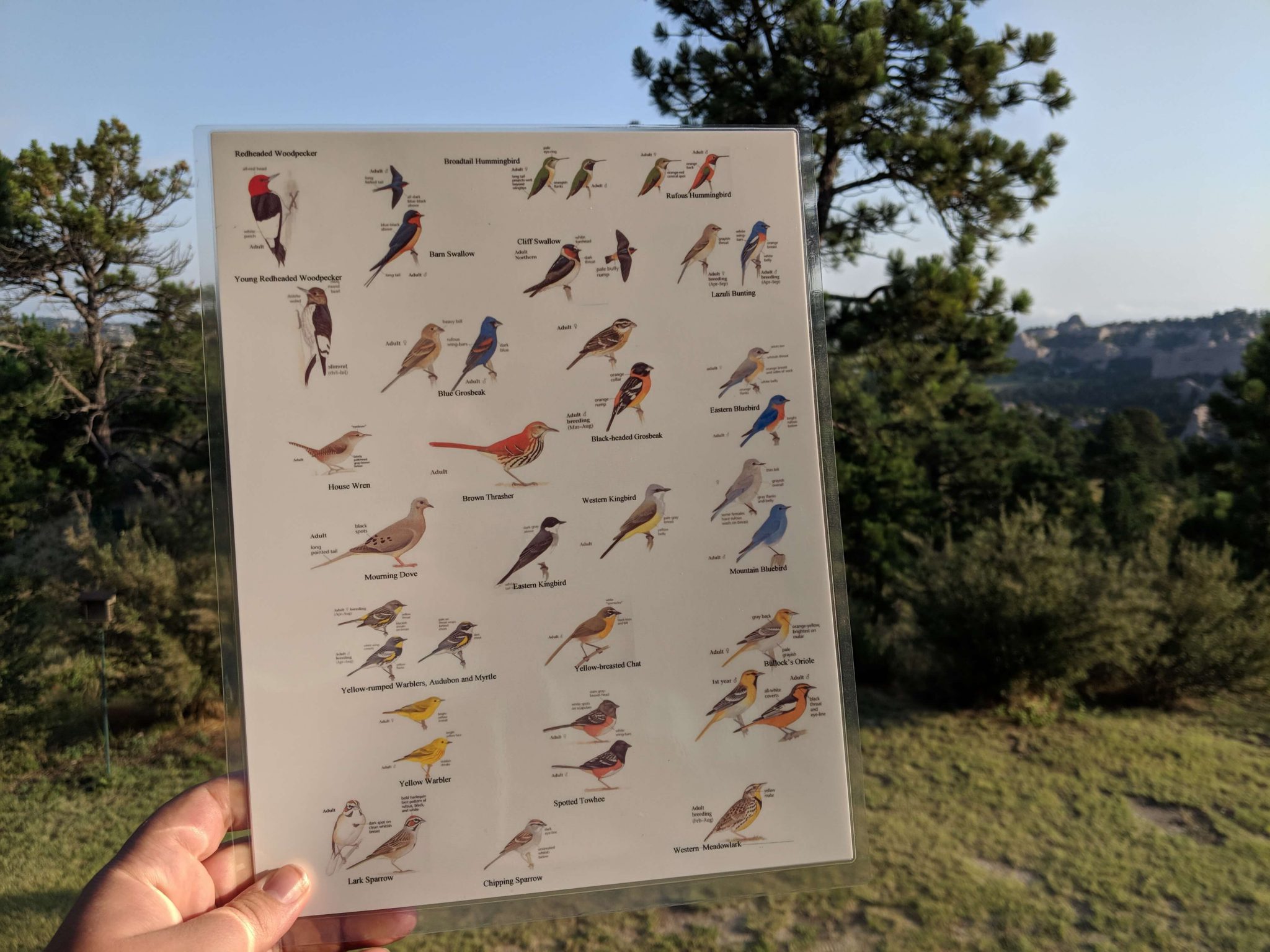 A helpful guide of local birds created by Kathy DeLara for use during our bird surveys.

Why is creating a sense of place important? Ask any kid you know about what’s going on with the rainforest, or what kind of creatures live in the oceans, and I bet you’ll get an enthusiastic earful! Kids and adults alike are often able to tell you about exotic animals like tigers, elephants, and even sharks! They might be able to describe in great detail what they look like, where they live, and what they eat. However, when asked about the cool creatures that live in our own “backyard” our knowledge is often surprisingly limited.

For example, here in Western Nebraska, many people are not aware of the incredible adaptations of the Loggerhead Shrike, or the amusing dances of the Burrowing Owls. They may never have heard that we share this region with the amazing swift fox, the smallest canine species in North America, or that Nebraska is home to over 100 species of grasshoppers alone! 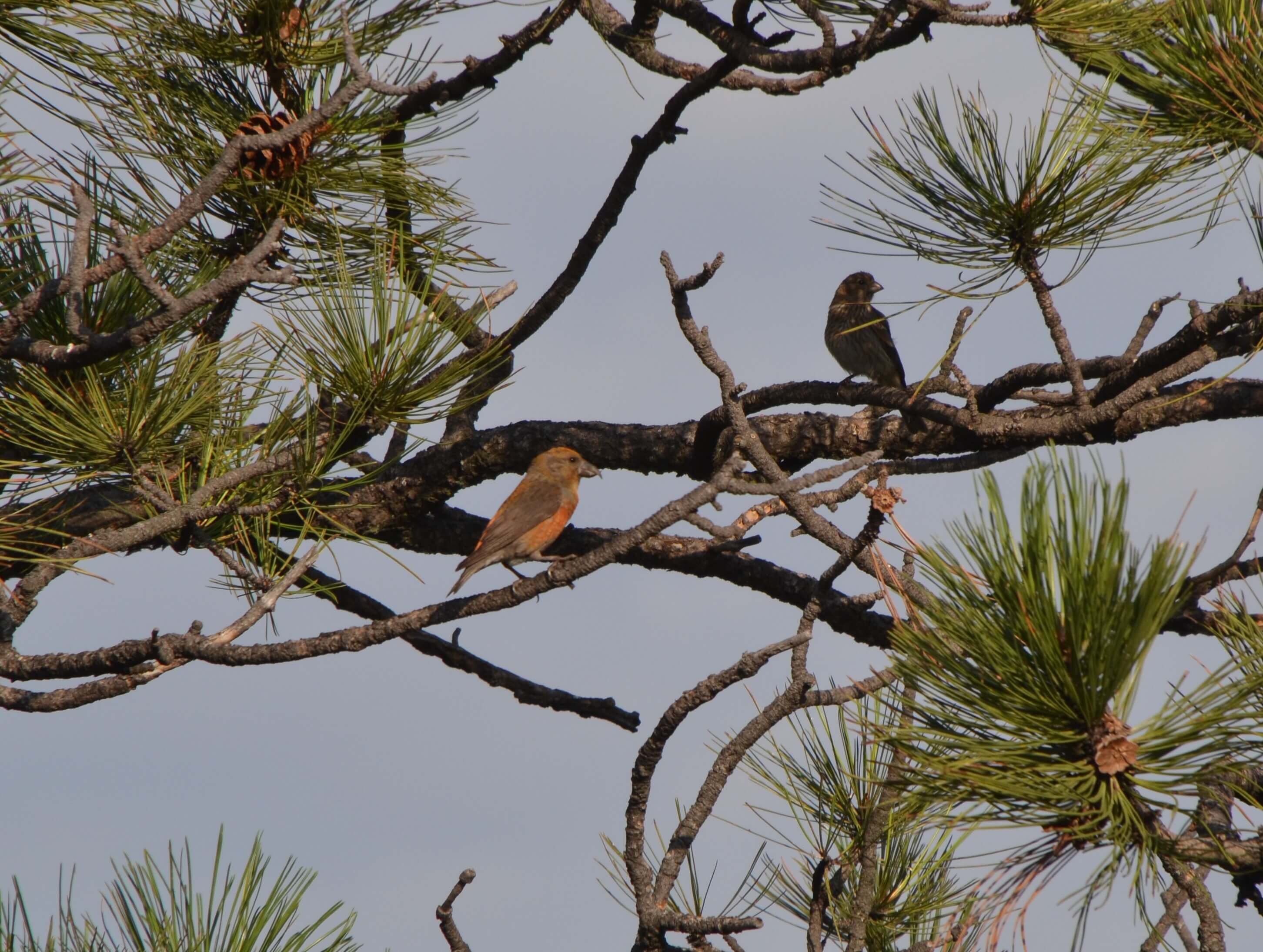 Red Crossbill, one of 29 bird species counted during the Bioblitz.

During a Bioblitz, children and their families get a first hand, up close look at some of the incredible and diverse living things that live right around us. This aligns perfectly with two primary goals of environmental education; to help people create a sense of ecological place and make connections to the natural world around them. Programs like this help build people’s knowledge and understanding of their surrounding ecological community, while empowering them to become responsible citizens of the natural world. Helping with this effort is not only my job, it’s my lifelong passion.  And I can’t think of a program that helps to do just this more than a Bioblitz! 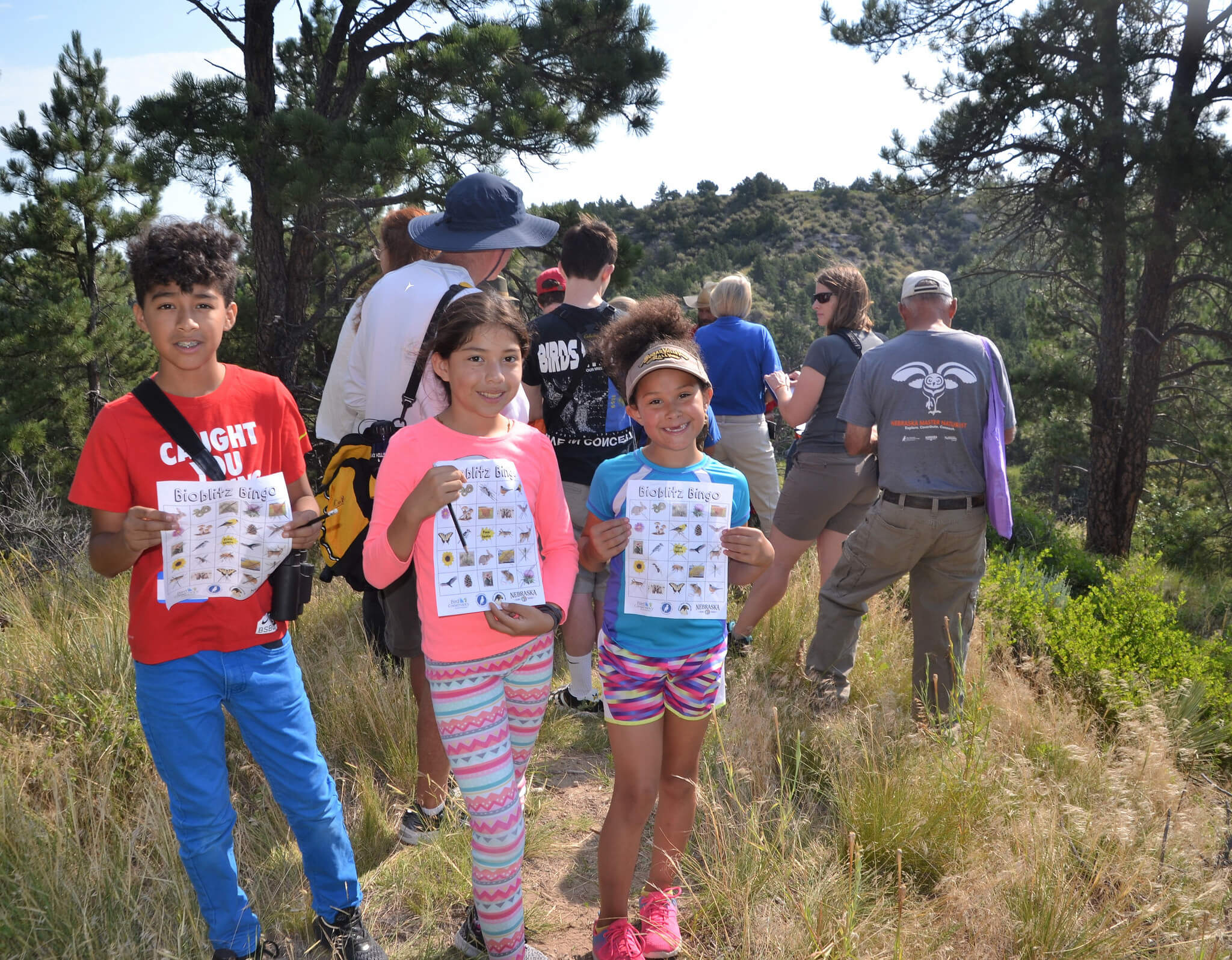 For more photos of the Wildcat Hills Bioblitz, check out the photo album here.

Visit the official iNaturalist event page to see a complete list of all the species recorded.

This event was made possible through the partnership and generous assistance of Nebraska Game and Parks Commission, Nebraska Environmental Trust and the Nebraska Wildlife Conservation Fund, with additional support from private donors.