The Bird Camp Culture: From a Camper’s Perspective

Just as seasons change throughout the year, so do our campers that attend our Bird Camps. Every summer, we are greeted with a mix of new campers and returning campers. Some of our campers have been attending our camps from the age of four all the way to “graduating” at 17! Some campers come to our On The Wing camp at 17 and wish they knew about Bird Camp at an earlier age. Some come for one year and never return. So, what is it about Bird Camp that keeps these campers returning year after year?

Read on to hear from two campers that have had different journeys through our Bird Camp programs. 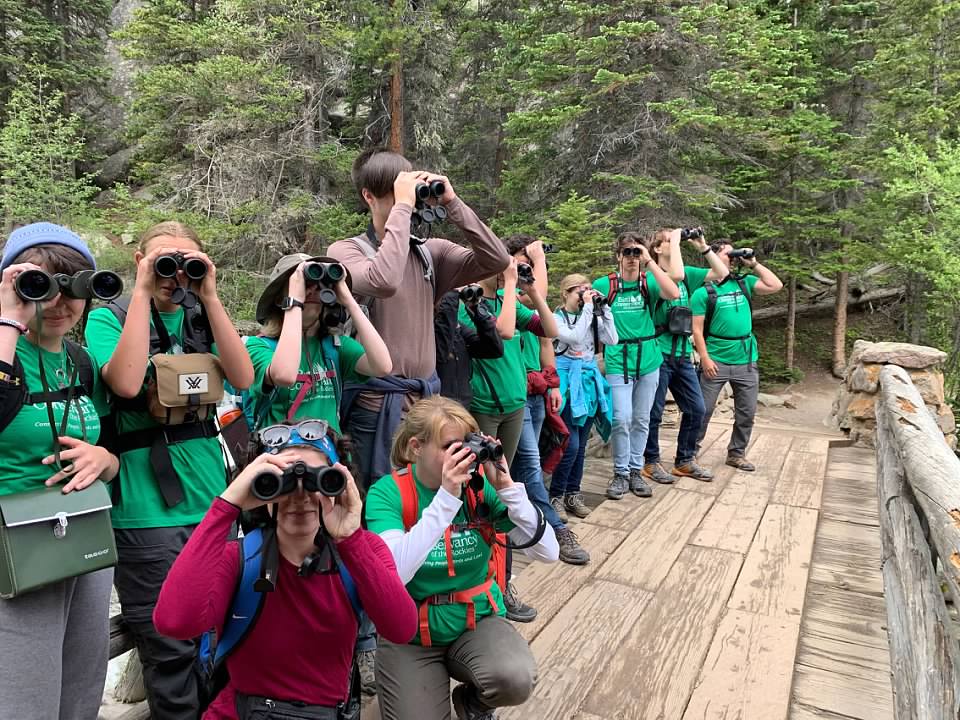 First, we will hear from Ren (they, them) who graduated from On The Wing in 2021. While Ren writes about their time at Overnight Camp, they were also a key figure in our Leaders in Training (LIT) program for three years. Then, we will hear from Cory (he, him) who has attended our Day Camps, Overnight Camps and most recently has been a standout in our LIT program. 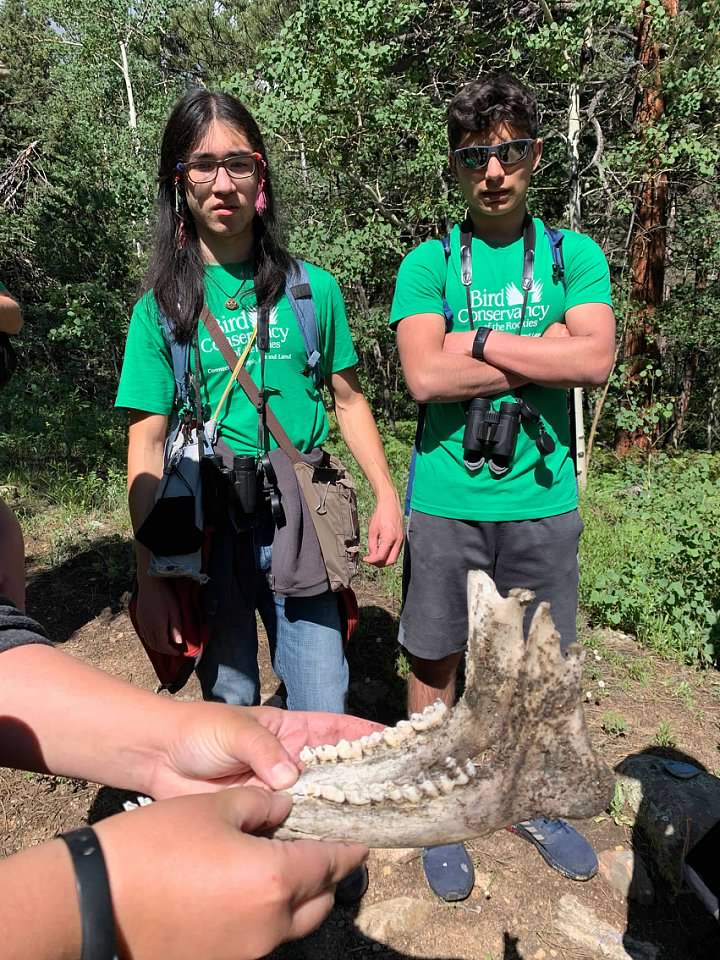 The first time I (Ren) attended Bird Camp (On the Wing in 2019), I had no idea what to expect so I was both nervous and excited. My worries were quickly put to rest; the other campers were welcoming and being around other people who were just as, if not more, passionate about birds was amazing. Some of my favorite parts of On the Wing, were the guest speakers, people who work with birds either in the field or elsewhere. The presenters came to talk to us about their journey, their work and the research portion of the camp. During On The Wing we devise a hypothesis, collect data, and write a research paper on our findings (admittedly in a less rigorous fashion than “real” research due to time constraints).

Camp wasn’t all birds all the time though, we also did puzzles, sang songs, and played classic camp games like gaga ball. While gathering data for our research paper wasn’t always the most exciting, it gave us a real-world experience we wouldn’t have had at many other summer camps. Overall, I had an amazing experience at camp and it continues to impact my life. My path in college has been influenced by hearing how other people started their careers, I used my research paper experience in school, and I made some good friends at camp who I still meet up with to go birding. I returned to camp because it was by far my favorite summer camp and I wish I had known about it sooner so I’d have been able to attend more times. 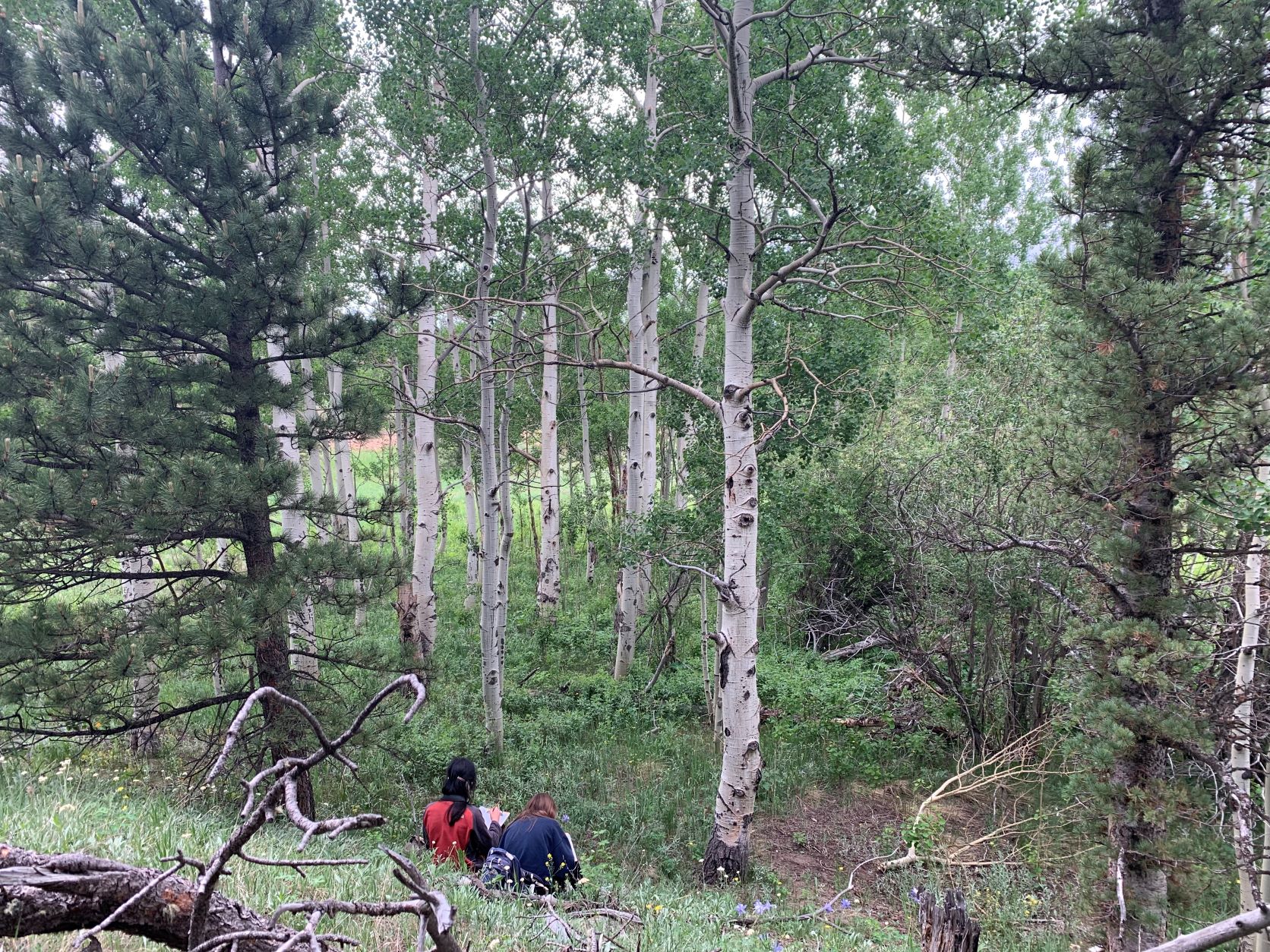 Ren attended our On The Wing overnight camp for ages 15-17 from 2019 – 2021. Our overnight camps take place in Allenspark, CO from June to July each summer. On The Wing has been our longest running camp at Bird Conservancy (established in 1992) and has led many young professionals down the path of conservation. 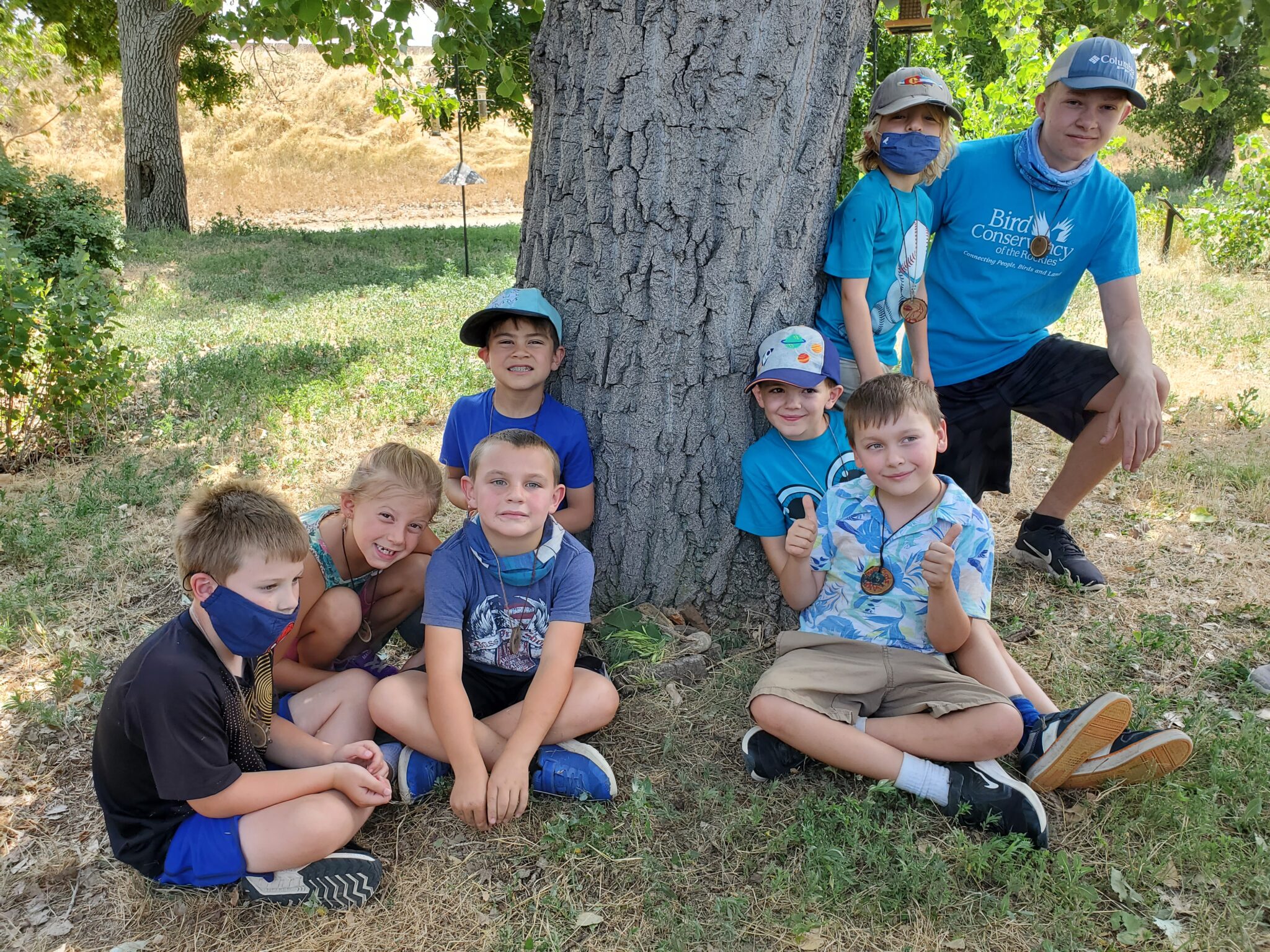 I (Cory) was first introduced to the summer Bird Camps by a friend of mine in 3rd grade. My parents thought it would be good for me to spend more time outdoors and make friends with common interests, such as birds, and boy were they right. After attending Day Camps as a camper for several years, I have become a Leader in Training (LIT). At first, I was nervous to be teaching kids younger than myself about nature and birds, however I soon discovered that they reminded me of myself when I was a camper, curious about nature, excited to play games, and have fun outdoors. This realization when I was a LIT helped me connect with individual campers and gave me confidence to start leading and teaching the campers while also keeping them interested about the importance of the conservation of birds and nature. 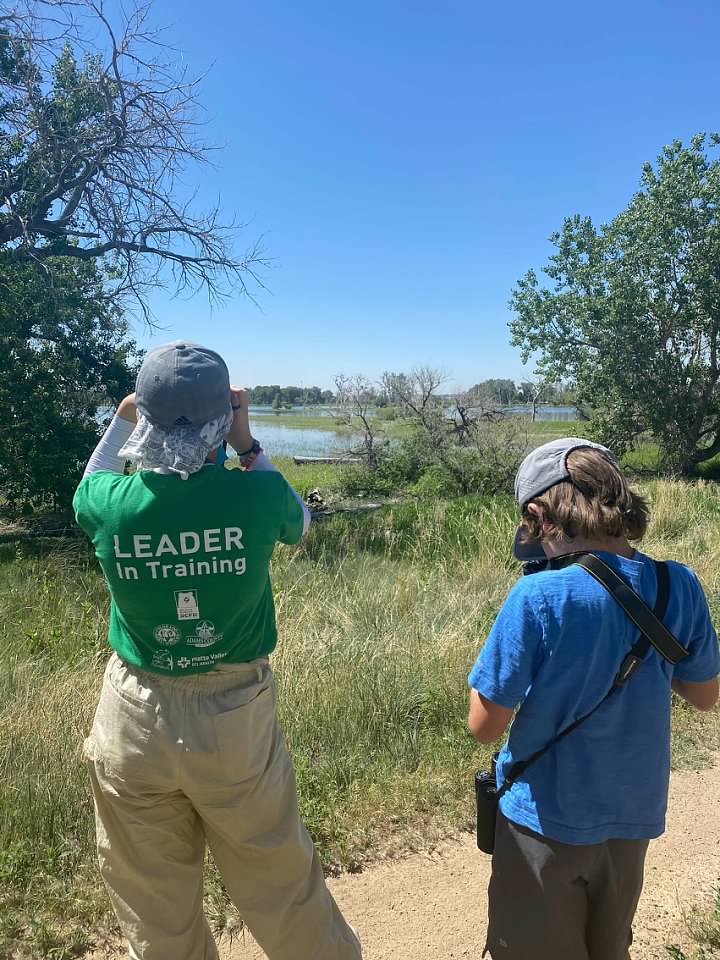 Though not every day was easy and could even be stressful, I kept learning how to become a better leader to make sure that the campers would have fun and learn to enjoy nature. Especially, when it is so tempting to sit inside with the AC on watching TV or playing video games. After my first few summers as a LIT I kept seeing campers return year after year. I became aware that they really wanted to learn more about nature while being excited for Bird Camp. That is when I realized that I am helping other people grow their fascination with the outdoors and why it was fulfilling for me to be a LIT.

I have finished my last year as a LIT, at the age of 17, with experiences that many others don’t have, and I will cherish them with the knowledge that I know how to help others grow their curiosity, their love of nature, and the ability to identify birds. All of these things and more is what it means to be a Leader in Training.

Cory has volunteered more then 500 hours of his time to our LIT program. Through his time as a LIT, Cory has grown into a confident leader and mentor to Bird Campers ages 4 – 17. In August of this year, Cory was awarded the Outstanding Youth Environmental Leader Award from Colorado Alliance for Environmental Education. Dedicated campers like Ren and Cory, along with our experienced camp staff, are the reason Bird Camps continue to be an important part of Bird Conservancy’s mission to conserve birds and their habitats through science, stewardship and education.

Bird Camps have many different sessions that one can attend. We have our Day Camps for ages 4 – 13 that take place at our Environmental Learning Center in Brighton, CO. These camps are the perfect introduction to science and nature for younger campers. We have our Overnight Camps for ages 12 – 17 that take place in the Rocky Mountains of Allenspark, CO. These camps are designed to develop scientific and leadership skills for campers. Lastly, we have our Leaders in Training (LIT) program for ages 13-17.  The LIT program is for teenagers who enjoy working with younger children and would like more opportunities to be outside and learn leadership skills throughout the year. 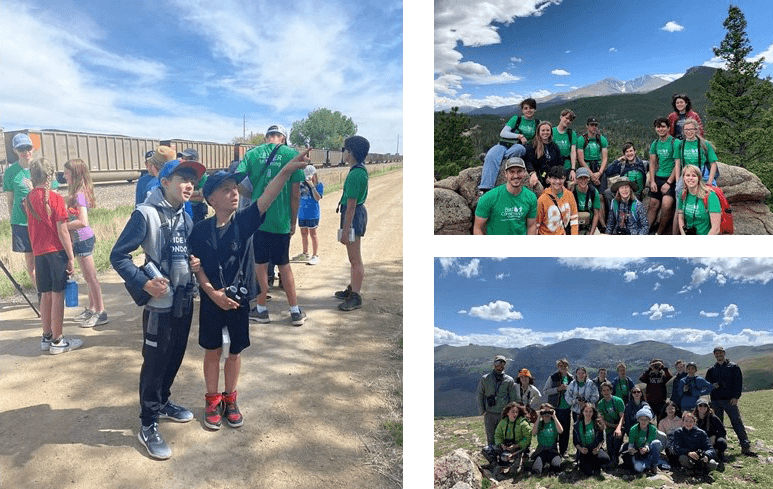 For more information about Bird Camp visit our website at www.birdconservancy.org/birdcamps and be ready to register on November 1, 2022. Dates for 2023 are updated so start planning today! Early registration is recommended as our camps fill up quickly! Scholarships are available. We are looking forward to seeing new and returning campers in 2023!

All photos by Tyler Cash