Saga of “Our” Red-tailed Hawk!

Sometimes it can feel like much of the news relating to bird conservation is troubling, but occasionally we are rewarded with a happy-ending story. Today’s tale is a bit of an adventure involving a Red-tailed Hawk which illustrates how bird banding illuminates our knowledge—and how people can play a positive role in helping birds.

Back in July 2020, Rocky Mountain Raptor Program (RMRP) received a nestling Red-tailed Hawk at their center in Fort Collins. The little guy suffered some injuries when his family nest came down in a big storm. Some caring humans brought the nest and the nestlings to the rescue center. The male had some internal trauma due to the fall, but was nursed back to health and later released with its sibling about six weeks later near the original nest location. The parents were still in the area, and RMRP staff hoped the youngsters would reconnect with the adults and get some additional life-skills training. Both of the young hawks were banded prior to release. 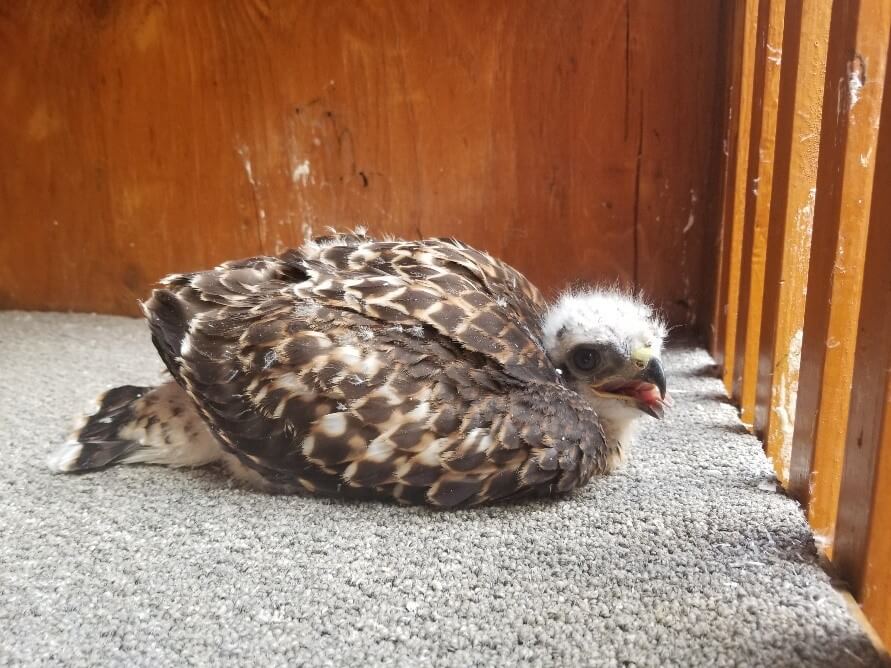 The star of our story, soon after he was brought from Wellington to the Rocky Mountain Raptor Program in Fort Collins on June 6.

Fast-forward to October 2020 and our bird banding station at Barr Lake State Park. Bird Conservancy banders were excited to notice that a young Red-tailed Hawk that was hanging around was already wearing a band.  Eventually, the bird flew into one of our banding mist nets, enabling us to get a closer look. The band was checked in the USGS Bird Banding database, revealing this was one of the young birds that was originally rescued by RMRP. The hawk was released, and his condition (healthy!) and new location recorded. 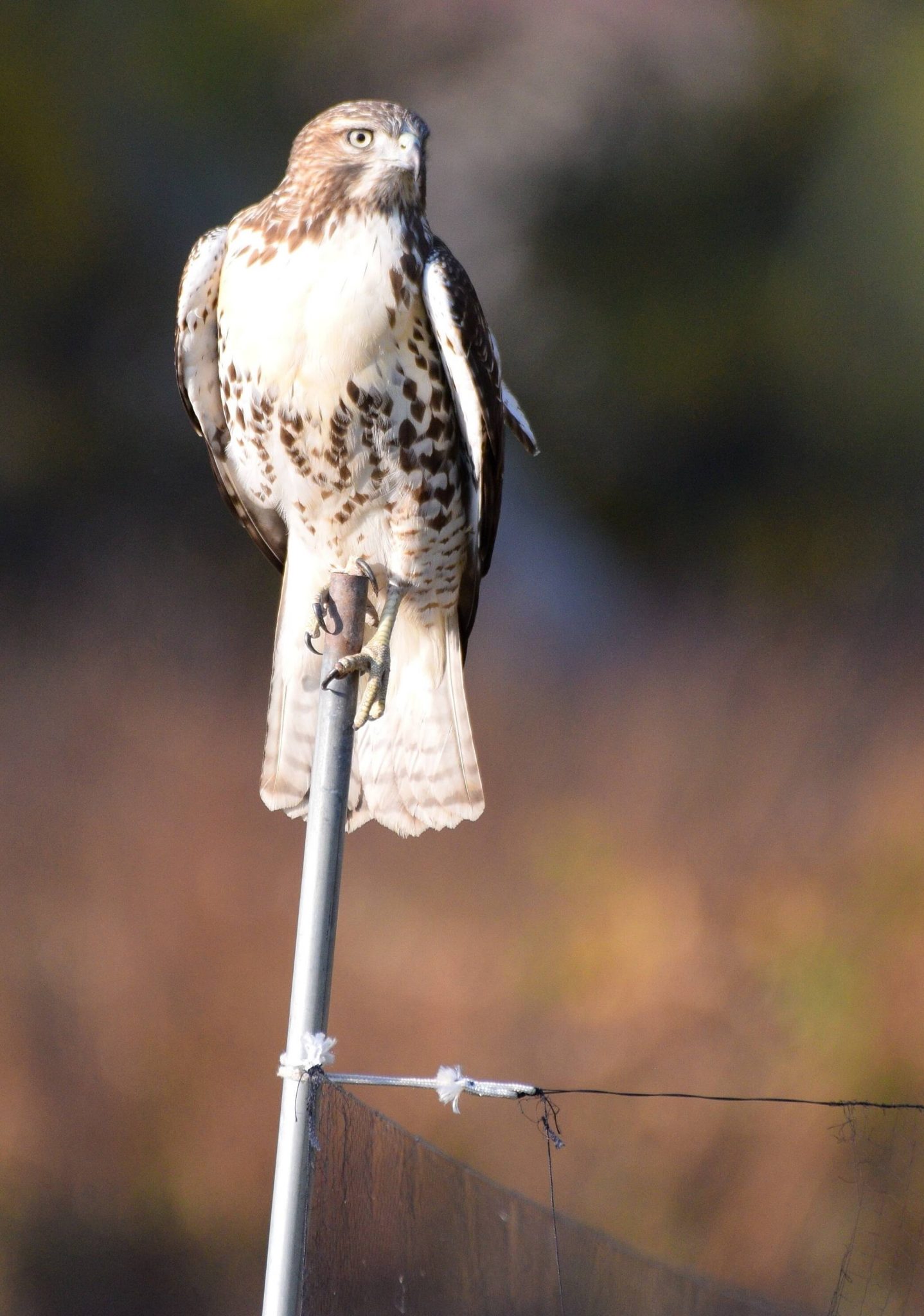 Bird banding is important for studying the movement, survival and behavior of birds. About 60 million birds representing hundreds of species have been banded in North America since 1904. About 4 million bands have been recovered and reported.
To learn more about Bird Conservancy’s bird banding programs, visit our bird banding page.  Visitors are welcomed at bird banding stations, but in 2021 special conditions will apply as we observe COVID-19 health and safety guidelines. If you have questions about visiting a station, either as an individual or with a group, please check the page listed above, or contact us via e-mail.

Thank you to our friends at Rocky Mountain Raptor Program for the critical rescue, rehabilitation and avian conservation education work they do!