Rare Bird Alert! A Story of the Yellow Rail Detection in Colorado

Being a birder means a lot of different things to many different people. Some birders go out every week to count and list as many species as they can find, while others have a yard list of the birds they identify from home. Read below for a guest blog from Eric DeFonso, a Bird Conservancy seasonal field crew leader for our Integrated Monitoring in Bird Conservation Regions (IMBCR) program. Eric shows how sometimes, birding by sight is not always feasible or possible and listening becomes the only way to identify a bird. 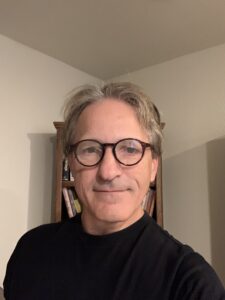 Eric DeFonso (Author) when not outside leading IMBCR crews and listening to birds.

On the afternoon of July 11, 2022, I (Eric) decided to postpone a bird survey I had planned to do on Snow Mesa in Mineral County, Colorado the following morning, July 12, based on a weather forecast I’d seen of thunderstorms expected overnight in that area and continuing into the following morning. Not wanting to be a lightning rod at 12,000 feet during a bird survey, especially after a 4 mile hike in the dark, that seemed like a prudent decision, especially since the forecast for July 13 looked much calmer and more benign.

I made this decision while working in the Monte Vista Public Library, and also decided to camp nearby that evening so that I could come back to the library the following morning when they opened and resume my more managerial crew leader work around 10 a.m. or so. Being on my very early wake-up schedule, I knew I’d be up around sunrise, but now with a couple extra hours to kill. Indeed, I was up around 5:30 a.m. on July 12 and broke camp shortly after. Of course, a birder is going to bird, so I decided to visit the nearby Monte Vista National Wildlife Refuge and see if I might find a few early migrating shorebirds or some herons to add to my Rio Grande County life list. Seriously, one of my goals was merely to find a Great Blue Heron!

On the second stop of the auto tour, I got out and looked down the water-filled canal lined by sedges and cattails at some Ruddy Ducks and American Coots, serenaded by some very loud singing Marsh Wrens, Common Yellowthroats, and even a few displaying Wilson’s Snipes. A very typical summertime wetland scene, to be sure. But then I heard something very, very peculiar, emanating from just a few yards away but invisible in the tall growth by the parking area. It was a light but steady ticking sound, unlike anything I’d ever heard in person before, but something very much like what I’d heard on sound recordings many times – the repeated ticking song of a Yellow Rail. Listen to the recording HERE! 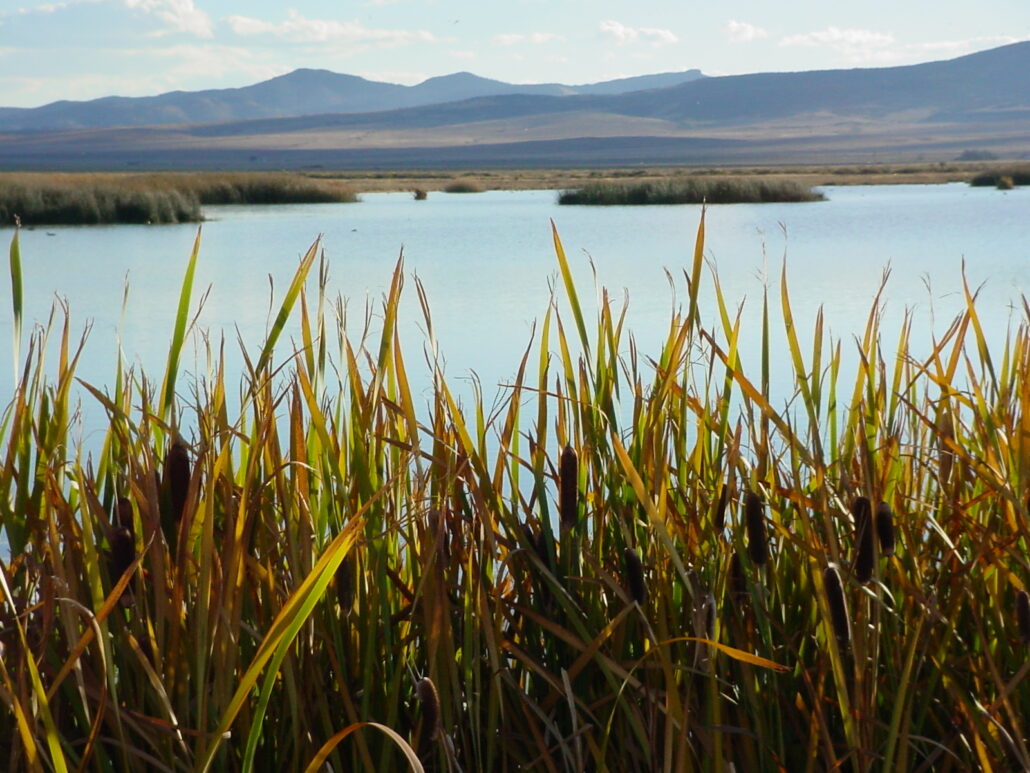 I identified it immediately, but I could not believe it. This had to be a mis-identification. I knew from my reading that there had only been one documented record of the species in Colorado, from a long, long time ago (1908 at Barr Lake!). Maybe this was a frog? Or just a Marsh Wren making some unusual territorial calls? After several minutes of recording and following the sound, I was sure that this was indeed a Yellow Rail, but I needed to know others would be similarly convinced. I contacted Nathan Pieplow (a board member of Bird Conservancy and expert on bird sounds) and sent him my best recording sample, and after some analysis, he too became certain this was a Yellow Rail. On this unplanned morning off, visiting a place I originally had no intention of visiting in July, I had just discovered a truly extraordinary species that, although not a first state record, no one alive in Colorado had ever seen or heard in the state.

I immediately sent word of the finding as quickly as I could, given I was still doing field work, to the greater Colorado birding community. In the days and weeks to follow, a steady stream of over 100 birders made long treks to this fairly remote wildlife refuge, sometimes driving over 5 hours from their homes, just to experience what I had, the peculiar but distinctive ticking sounds of a Yellow Rail. 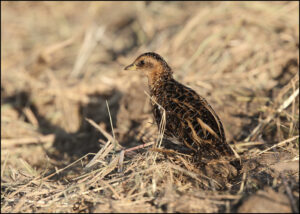 While the Yellow Rail was never identified by sight this is what it would look like. Photo by: Julio Molero

So how did I know what I’d heard? How did I immediately recognize that I was in the presence of this extraordinary rarity? All I can say is, years of listening to bird sound recordings paid off for me in a big way. Way back in the mid 2000s, I took a huge interest in learning bird sounds, and began buying (some might say hoarding) bird song CD collections. More than that, in 2010 and 2012 I participated in a bird sound recording workshop in California run by the Macaulay Library of Natural Sound of Cornell University, which really taught me how to listen to and make my own bird sound recordings. I currently have over 3,000 recordings from almost 1,000 species worldwide, and am still accruing more every year.

I still regularly listen to my own recordings as well as those from the CD collections for study, and just for fun. Why? Because bird sounds are AWESOME! They’re endlessly fascinating, and you can learn a lot just by experiencing live and recorded bird sounds of all types. Among all those recordings were those from Yellow Rail’s, along with lots of other species I’ve never actually seen or heard in person. But, that doesn’t prevent me from remembering the really distinctive ones that I quietly aspire to see or hear some day. In this way, I was well-prepared for this rail, even though I had no idea I would ever have occasion to use the knowledge I’d gained over the years.

This was certainly a momentous, humbling occasion to have found such an extreme rarity in the state, and I’m grateful for all the help I received in confirming this report. The serendipity of finding extreme rarities never ceases to amaze me. I personally had no prior experience with this species, and I know this was also a life bird for almost every Coloradoan who came to hear it. Will there be a return next year? Will we find other Yellow Rail outposts in far-flung locations statewide in the seasons to come? Who knows, but at least now the Yellow Rail is back on the Colorado radar, in a way that it had not been for over a century!

I’d like to thank Nathan Pieplow especially for his expertise, patience and willingness to entertain my suggestions on July 12, 2022 to analyze my recordings.

Click HERE to learn more about our IMBCR program. Interested in becoming a seasonal field tech for IMBCR? Check out our CAREER page for current openings.