Facing Fear for the Birds

You’re about to read an unlikely story about a wildlife biologist who works with birds, is striving to conserve them, but who didn’t always appreciate them.

My adversarial relationship with our feathered friends started at a young age. I was chased by roosters as a child—specifically, tortured by this one rooster which my brother named “Rock and Roll”!  As a result, I disliked birds for a long time. They terrified me. If you have ever seen the character Sheldon Cooper on The Big Bang Theory, it’s quite literally a lot like that. 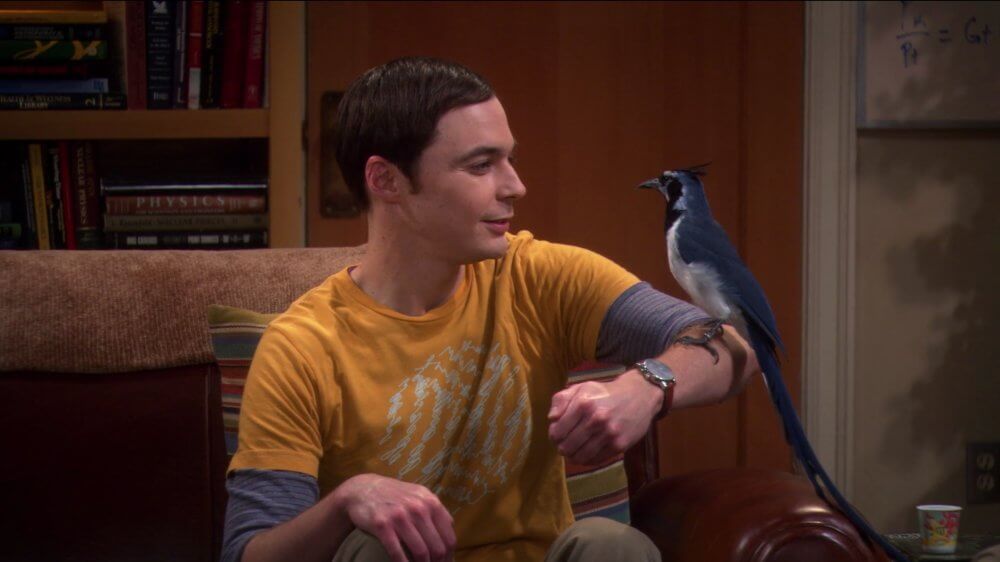 It was a rough start, but Sheldon eventually learned to appreciate birds. And I did too! 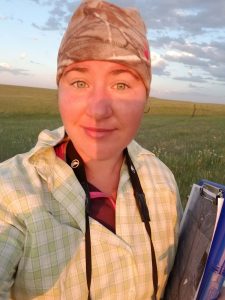 Despite that history, I get up every day—some days very early—to look through binoculars and hike around before the sun comes up, to bird and talk with ranchers about natural resource concerns on their land. And it’s all for creatures that I once had no interest in.

So, why do I do this? Why is someone terrified of birds working for an organization with “Bird” in the name!? For me, the answer is simple: birds are important. They aid in seed dispersal and pollination, and control insect populations. But they’re also important because they bring peace and serenity to many people. The ecosystem services they provide was easy to understand, but appreciating them as objects of beauty took me a bit longer.

There was a time when I didn’t care to know which type of bird was singing that exasperating song or which one was doing that crazy mating ritual. Then, as luck would have it, I fell into a position in graduate school that heavily involved fieldwork with grassland songbirds. As part of my course work, I took classes in ornithology, learned more about birds by sight and sound, and began to take an interest in these crazy creatures that haunted me.

Owl you need is love!

First, I took notice of the “cooler” birds, things like owls, puffins, and upland game birds. Eventually, opportunities to work even closer to birds—as in potentially face-to-face!—came my way when one of my co-advisors invited me to help band Northern Saw-whet Owls. Despite my palms sweating like crazy and my heart beating out of my chest, I fell in love. Those big eyes and that little body! How could anything be as cute as this?

Fast-forward through my first field season of graduate work and I liked the idea of knowing and identifying things in nature that most people could not, including those grassland birds. I never thought I’d be able to tell the difference among them, much less truly appreciate them. While still terrified of those little things with beaks and claws, I sought opportunities to help band more birds with my co-advisor. His passion for birds and teaching makes you to want to like, even love those fluffy little guys. Throughout my second and third field season, it was my mission to learn and be able to identify all the birds I saw. It made me feel part of a special group of people. I started to enjoy those early mornings, waking up with the sun. 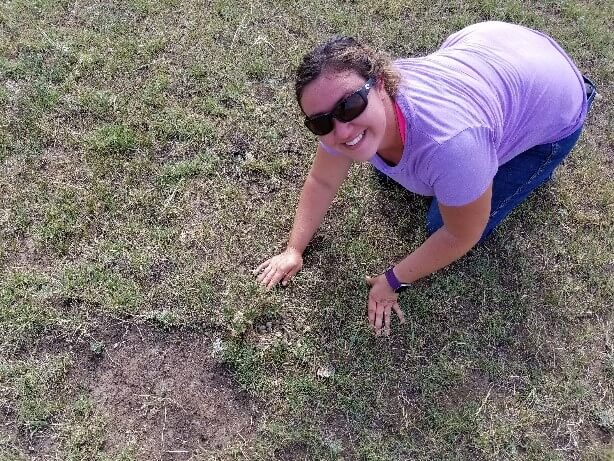 Happy as a Lark! Here I am discovering my first Horned Lark nest, which would become one of my favorite grassland birds!

A fight or flight opportunity

In 2018, a job opportunity opened in Sturgis, South Dakota with Bird Conservancy of the Rockies working alongside the USDA Natural Resources Conservation Service. I thought long and hard if I should apply. While in the past I have resented birds, I was beginning to really care about conserving them.

I’m so happy that I took that leap of faith. Today, I am able to work with landowners who are passionate about their land and conserving it for future generations, and my job is to help them with habitat projects to conserve their ranches for their families and for grassland birds. Their passion and knowledge of birds ranges greatly, some are more enthusiastic than others. I am proud of the work I have accomplished, which includes planting native grass seeds, securing USDA Farm Bill funding to improve grazing for a sustainable future, and installing wildlife escape ramps in livestock water tanks to prevent drowning by birds and small mammals.  The landowners and I work together to develop a conservation plan that benefits their land. A healthy working ranch that is profitable also provides terrific grassland bird habitat. 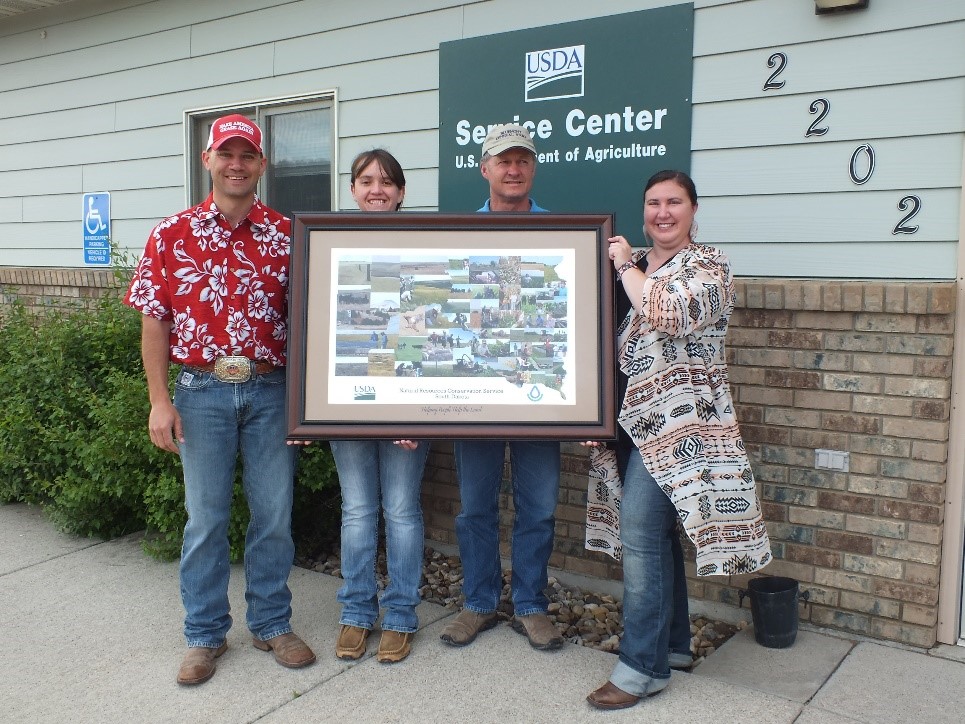 Our NRCS office in Sturgis received an award for excellence in outreach from South Dakota NRCS in 2019!

Furthermore, I am greatly concerned about the 3 billion birds lost since 1970—especially grassland birds, the most imperiled group, and I now deeply care about birds and habitat conservation.  I see a positive impact in the work I’m involved with in our community. Despite some lingering fears, I’ve grown to respect and appreciate birds not only for the ecosystem services they provide but for the joy that people find in watching them and simply knowing they exist in our world. This has become something I’m incredibly passionate about, and sharing the story of birds and their habitats with others has become second nature to me. 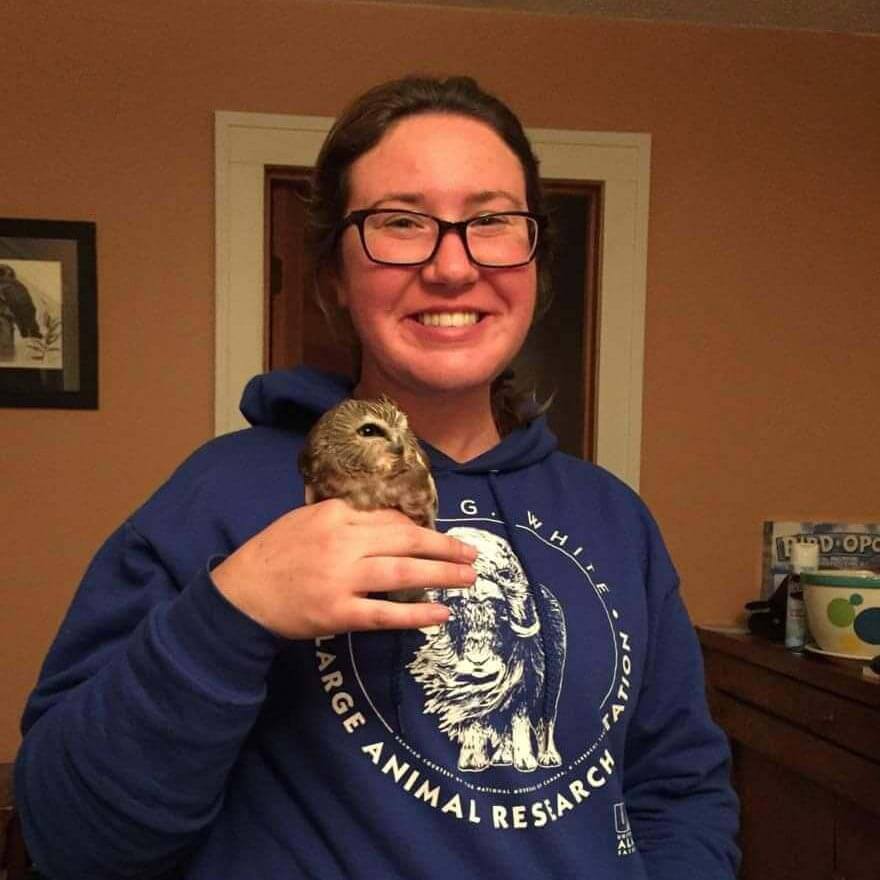 Me, actually holding a bird! A Northern Saw-whet Owl.

“It’s remarkable. All that time spent in fear. And for what? He’s magnificent.” ~Sheldon Cooper, The Big Bang Theory

Jenn Lutze (based in Sturgis, SD) is employed by Bird Conservancy of the Rockies with funding support from the Natural Resources Conservation Service – USDA, the National Fish & Wildlife Foundation, and South Dakota Game & Fish.