Once a year each winter, dozens of volunteers congregate at Barr Lake State Park, Colorado to dedicate their day to a singular purpose: tally every bird of every species seen within a 15-mile diameter circle centered on Barr Lake. This tradition has been taking place every year since 1980 at Barr Lake, but the origins of the Christmas Bird Count (CBC) go back much further.

The CBC is one of the longest-running traditions in birdwatching in North America. It dates back to 1900, when folks at the recently-formed Audubon Society decided to promote counting birds of all species as an alternative to holiday-time hunts of waterfowl and gamebirds. It has since grown into a massive community science effort, with over 2,500 count circles throughout the western hemisphere and an estimated 80,000 volunteer participants. Here in Colorado, we have over 50 count-circles spread throughout the state. If you’re interested in participating, chances are you have got one (or more!) nearby. 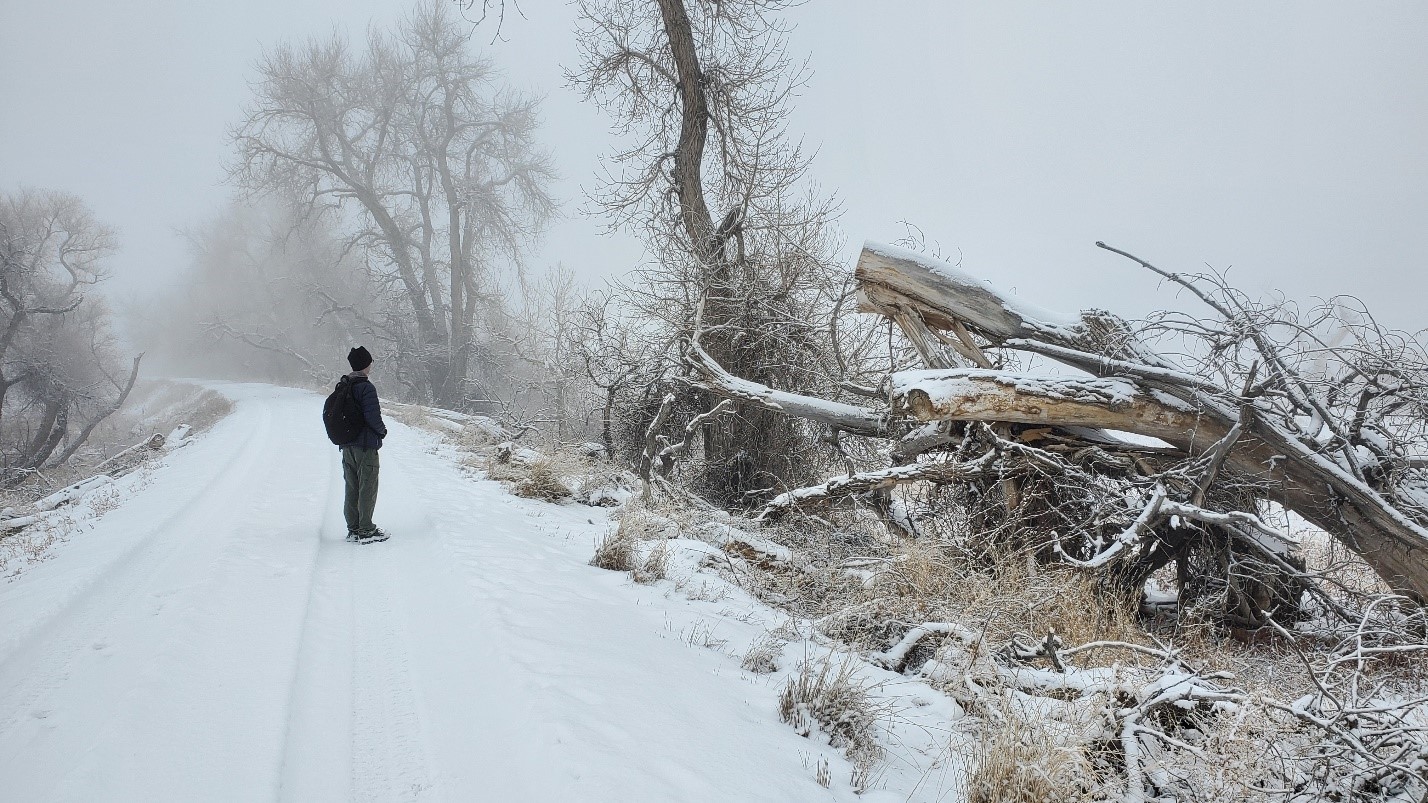 Visibility was limited due to the fog, but participants still were able to tally 68 species throughout the day. Photo by Colin Woolley

This winter we held our Barr Lake count on January 2, 2023. This date is chosen well in advance and given the variability of winter-time weather in Colorado, we never know what to expect. All we know is that on that date, whether it is raining, snowing, or bright and sunny, we will be out counting birds. This year, the weather was perhaps not what we would have chosen; it had snowed an inch overnight, and was quite foggy with freezing temperatures throughout the day. The visibility was so low that for much of the day we could not even see Barr Lake! Nonetheless, we had 23 intrepid participants that went out and tallied everything they saw, from tiny Black-capped Chickadees to massive Ferruginous Hawks and Bald Eagles. All in all, we tallied over 33,000 individual birds of 68 species. Our average for total species over the last two decades is about 72, so we ended up fairly close; not too bad given the challenging weather conditions! 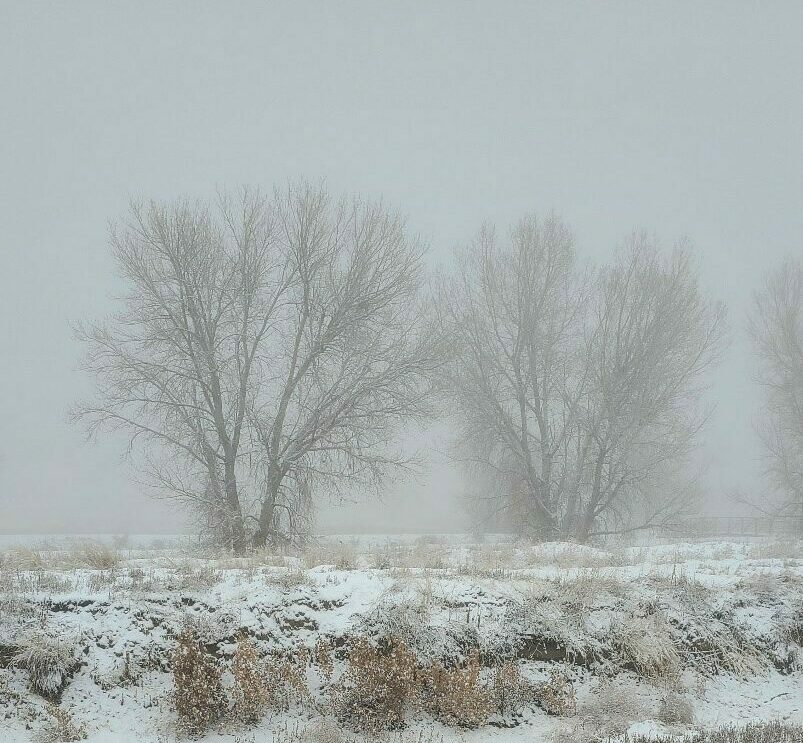 The cold, foggy conditions we encountered on January 2 during the Barr Lake CBC. Photo by Colin Woolley. 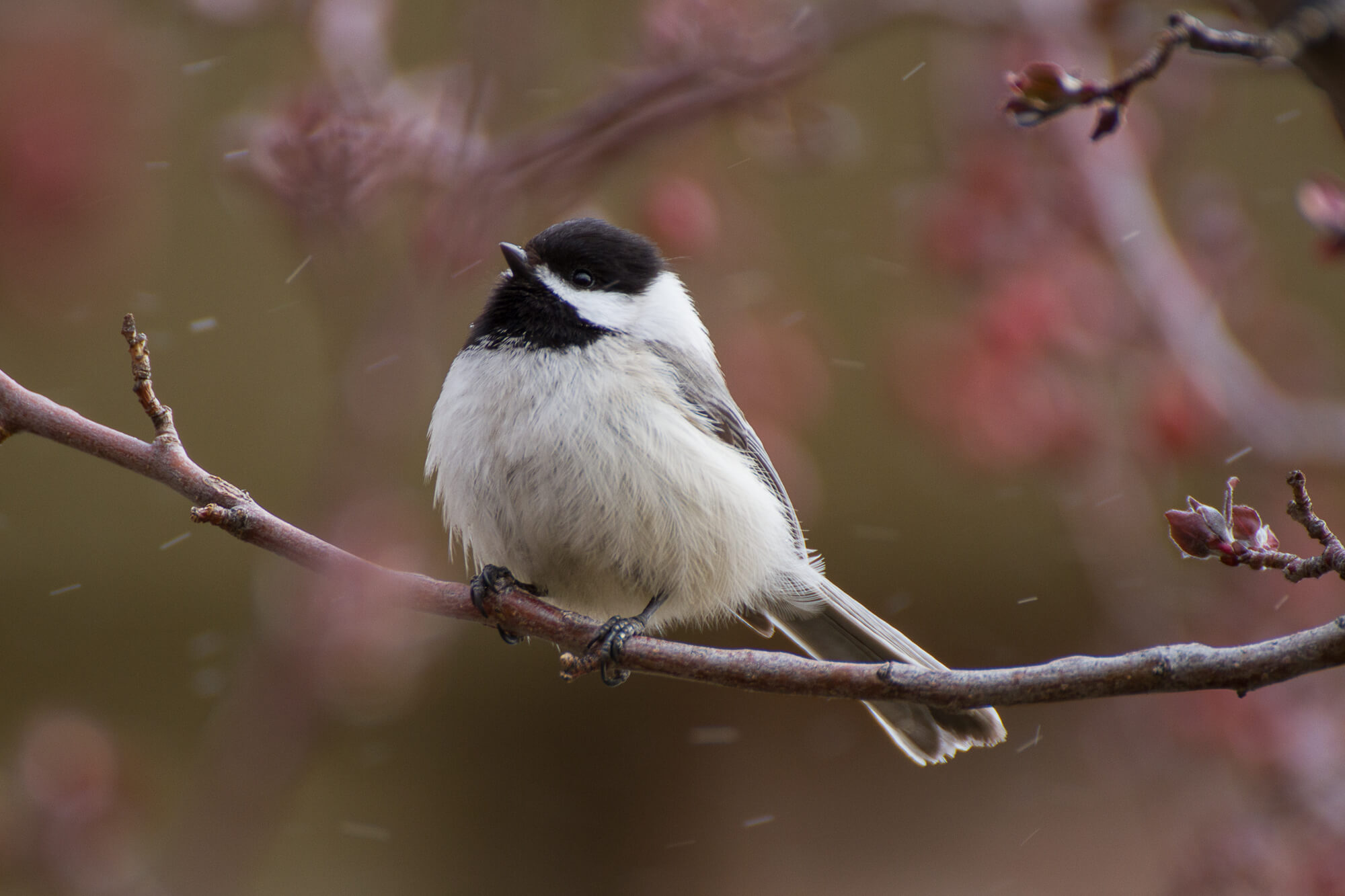 One number we pay close attention to each year is the total number of Bald Eagles counted within the circle. When this count-circle began in 1980, the Bald Eagle population had been decimated by the use of the pesticide DDT. Though the pesticide had been banned from use in the U.S. in 1972, the effects persisted for many years. Throughout the 1980’s, Bald Eagles numbered between 1-5 a year within the Barr Lake count circle. By the mid-1990’s we started to hit double-digit counts and this upward trend continues now. Last year, the Barr Lake CBC tallied a record-high, 120 Bald Eagles! This year we were down a bit at 72, though this was likely due to the limited visibility throughout the morning. Here’s a quick look at some other highlights to come out of our count: 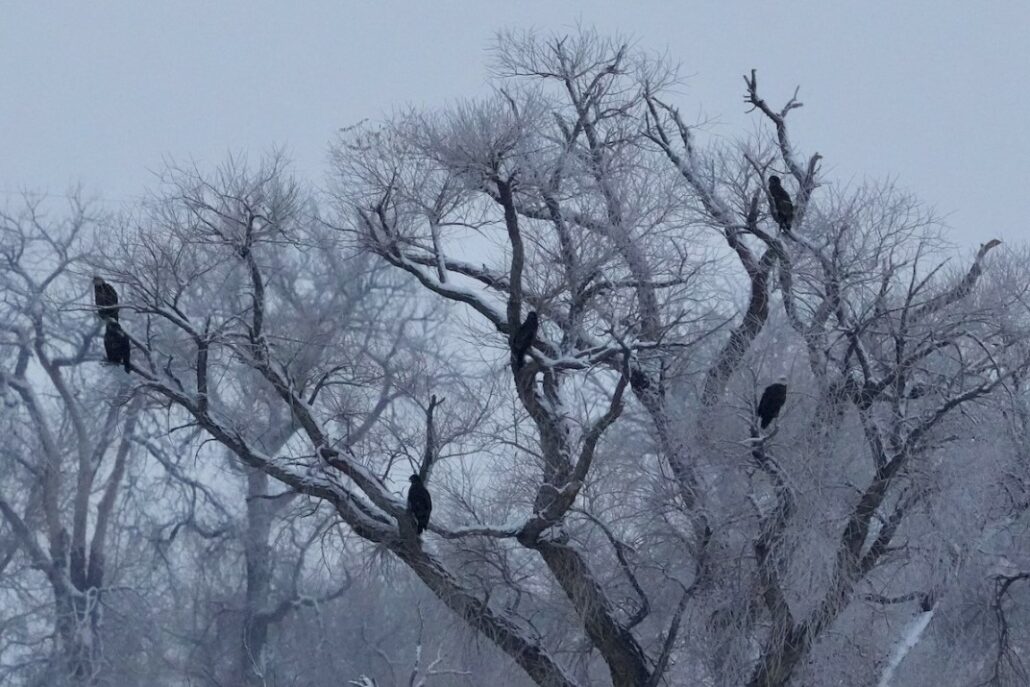 Bald Eagles are easier to count when they are all perched in the same tree! How many Bald Eagles can you see here? Photo by count participant Courtney Rella.

While we like to look at the history of our Barr Lake CBC count data and find trends and stories about our local bird populations, the real value comes from aggregating data across all the thousands of counts taking place across the continent, many of which date back for decades. This tool produced by National Audubon Society allows anyone to access the massive data trove that is the Christmas Bird Count database, and look at continent-wide trends for many different species. In fact, CBC data was one of the major inputs into the comprehensive study that found that we have lost nearly 3 billion birds across North America since 1970. Bird Conservancy’s Integrated Monitoring in Bird Conservation Regions (IMBCR) is another example of a large -scale breeding bird monitoring program in North America. You can learn more about IMBCR HERE. Continent-wide monitoring efforts help conservationists figure out where to focus our efforts; if you have participated in a CBC you have helped contribute to this incredible dataset that informs bird conservation strategies.

If you’d like to participate in our next Barr Lake CBC, contact Colin Woolley, Banding Manager or take a look here for other count circles that may be in your area. Sometimes all you need to get out and spend a day counting birds is a good excuse: The Christmas Bird Count is certainly that!