Return of the Aplomado Falcon?

Aplomado Falcon monitoring highlights the importance of Chihuahua for population recovery in the southwestern US. 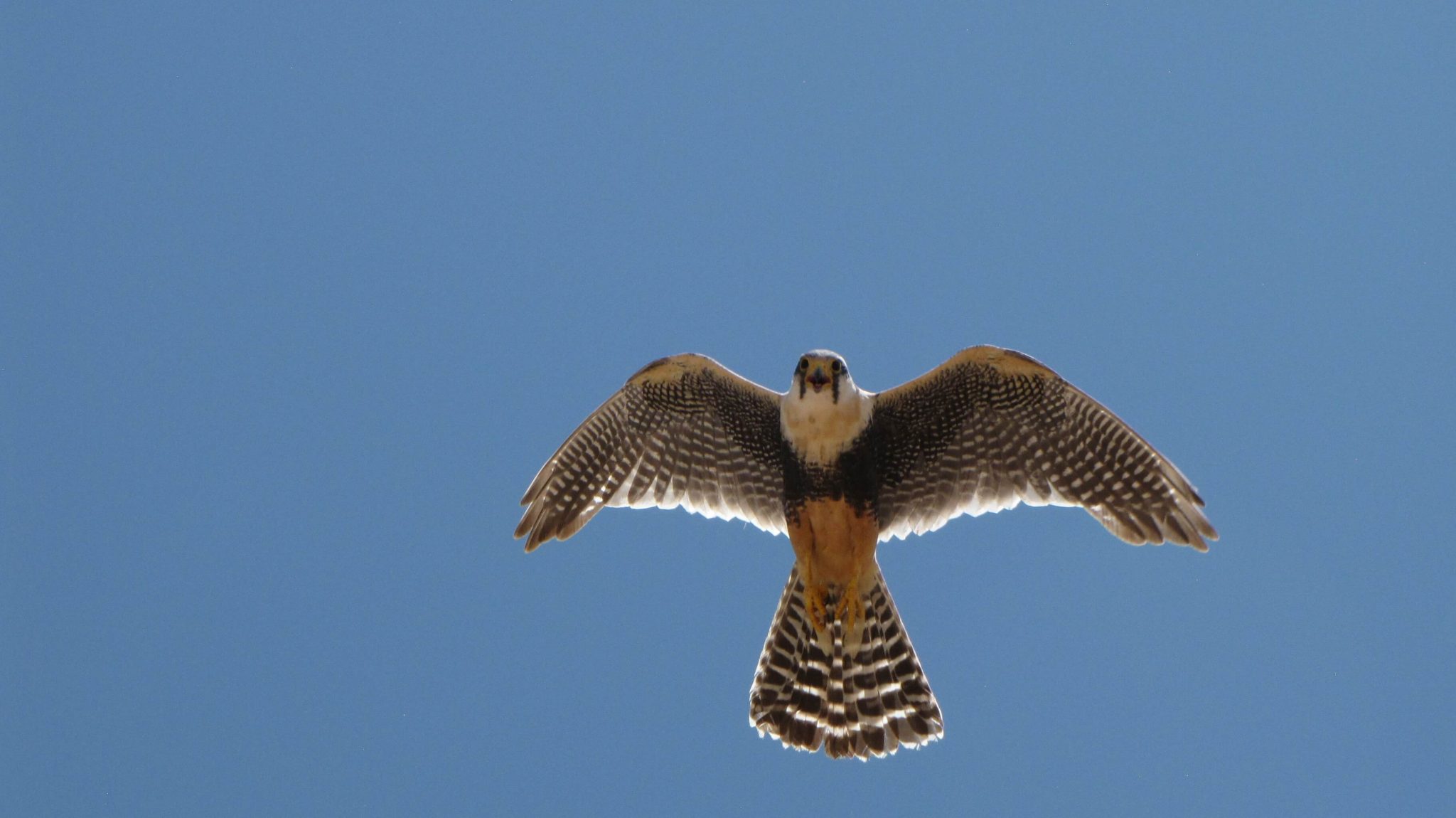 Bird Conservancy of the Rockies works with the Mexican conservation organization IMC Vida Silvestre and Mexico’s Sonora State University (abbreviated as UES in Spanish) to monitor and conserve the Northern Aplomado Falcon (Falco femoralis septentrionalis) population in the Chihuahuan Desert, which is in imminent danger of extinction.  The species is listed as Endangered in the U.S. and Threatened in Mexico. 1 This tiny population is currently restricted to the central part of the state of Chihuahua, Mexico. Note that other populations of this subspecies (the reintroduced population in South Texas and the natural population from Veracruz, Mexico through Central America) are faring somewhat better. 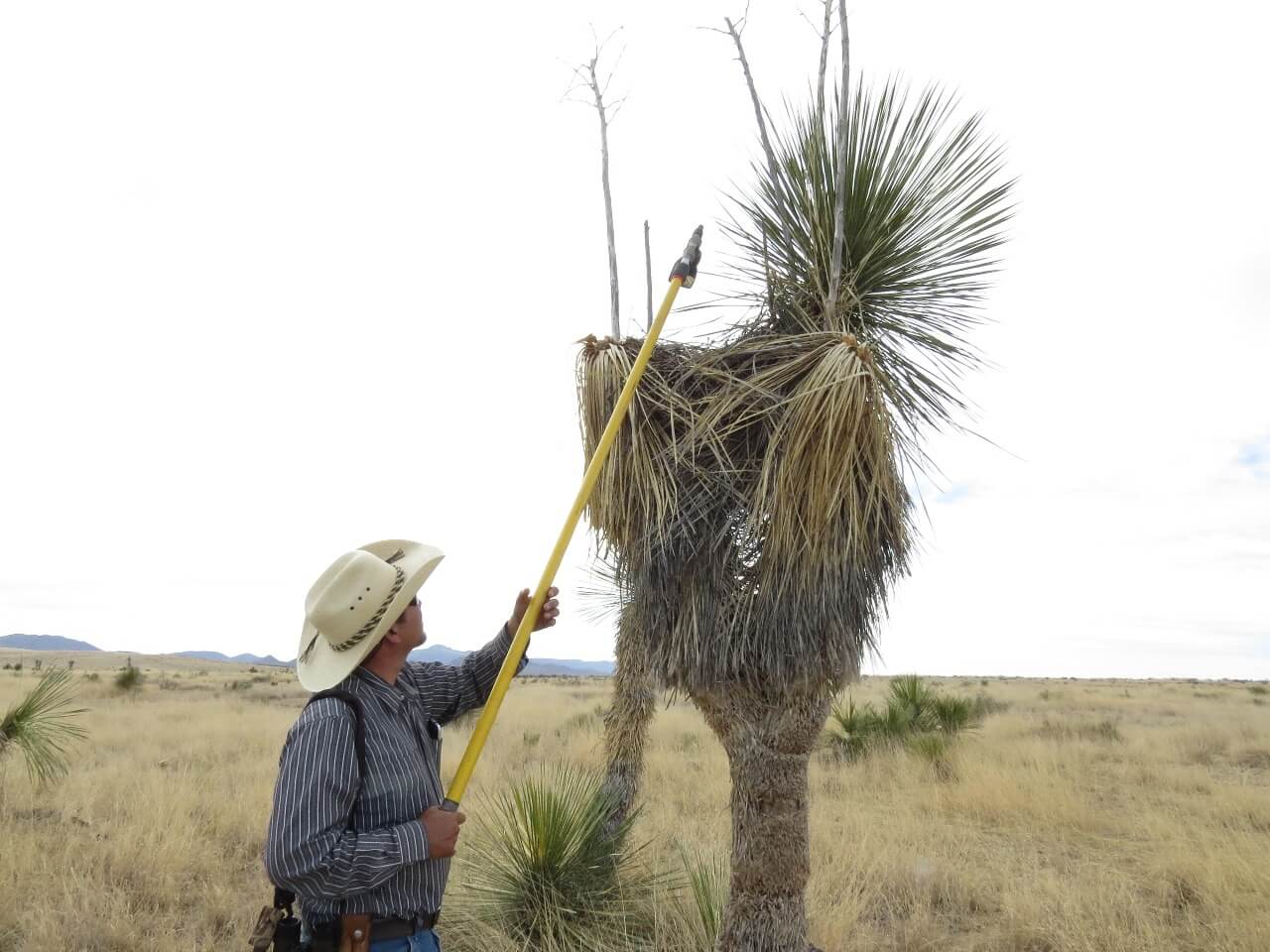 Rodriguez-Salazar uses a mirror to monitor a nest for eggs or chicks. Photo © IMC Vida Silvestre

Roberto Rodriguez-Salazar of IMC Vida Silvestre and Dr. Alberto Macías-Duarte (now at UES) have been monitoring the population since 2002 and 2000, respectively. The Peregrine Fund originally started the monitoring program, and Bird Conservancy of the Rockies got involved in 2013. CONANP (Mexico’s National Commission for Protected Natural Areas) also supported the project for a few years. Current funding supports the monitoring of 20-30 historic and active breeding territories in Chihuahua each year. In each of the past few years, 8-14 territories have documented breeding pairs, of which only 5-8 pairs are usually successful, producing 10-17 fledglings per year. 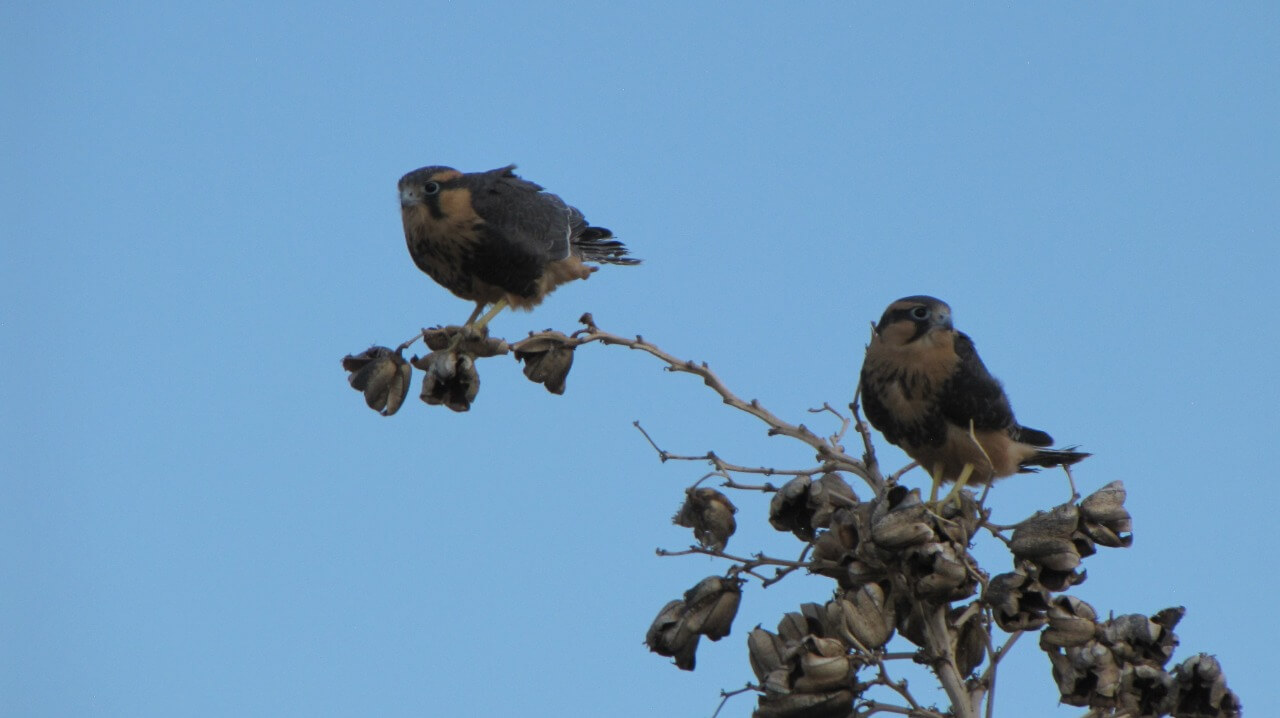 Nesting success is limited by nest predation (mainly by Great Horned Owls), drought and the ever-shrinking grassland habitat for nesting and hunting. Many cattle ranches in and around falcon breeding territories are being converted to irrigated central pivot crop fields due to strong demand from farmers for land to grow cotton and other commodities, and little enforcement of regulations controlling land-use change and well drilling. The situation also exposes falcons to increased pesticides via their consumption of prey. Most of the ranches that remain in cattle production are experiencing habitat degradation, especially from shrub encroachment. Northern Aplomado Falcons require grasslands with less than 10 percent shrub cover 2.  Drought is another threat to survival and is anticipated to increase in the Chihuahuan Desert with climate change (Macías-Duarte et al. 2016). 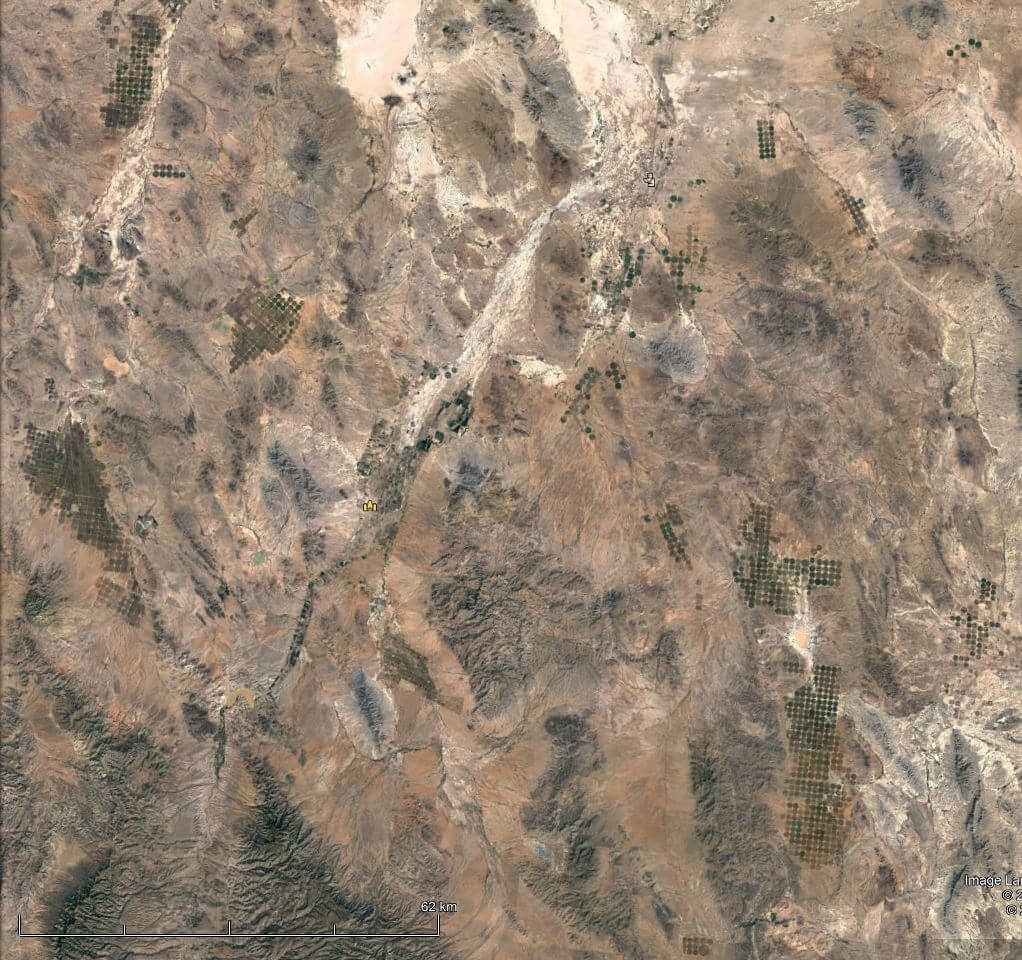 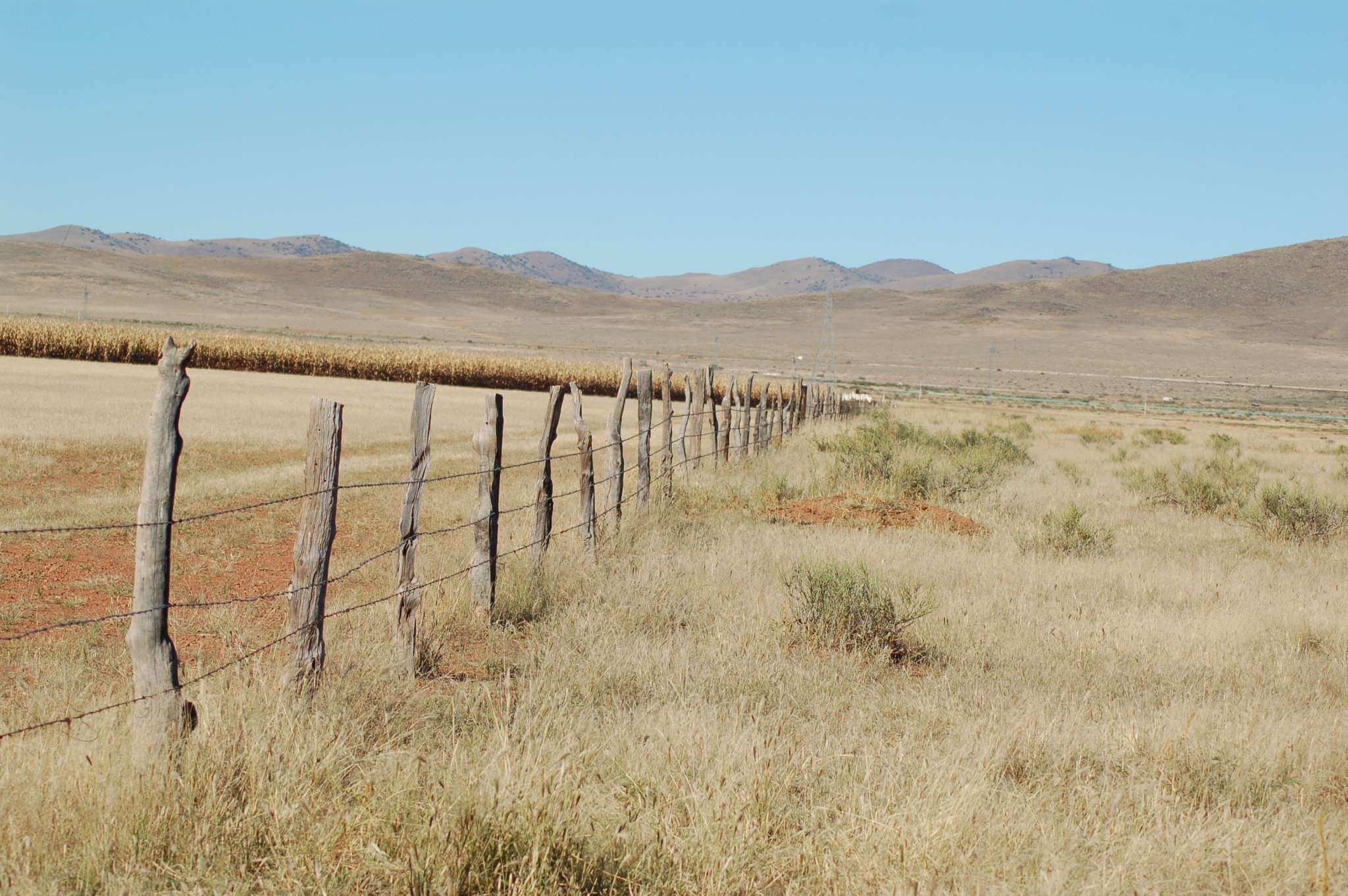 Northern Aplomado Falcons are occasionally observed in southern New Mexico and West Texas, where they were common in the 1800s and also once common in southeastern Arizona 3. Some of those U.S. sightings in the 2000s and early 2010s could be birds from reintroduction attempts that failed 4. Note that the South Texas Gulf Coast reintroduction by the Peregrine Fund was successful, but likely too far away for those birds to reach New Mexico or west Texas). Any birds observed outside of the reintroduction period (2002-2012) are likely Chihuahuan in origin. Meyer & Williams (2005) cite a bird originally banded in Chihuahua and observed in New Mexico in 1999 as evidence of dispersal of young birds from Mexico. 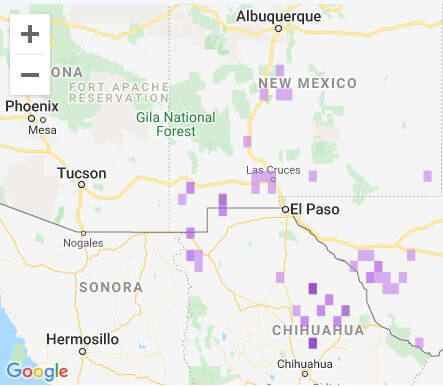 eBird observations of Northern Aplomado Falcons; note that there are few observations in Chihuahua likely due to much lower eBird participation in Mexico than in the U.S.

Macías-Duarte and Rodríguez-Salazar are conducting a demographic study with bird banding and satellite telemetry, funded by US Fish and Wildlife Service, that provides further support for dispersal from Chihuahua. The results of this study will be published in the Journal of Raptor Research in 2021. 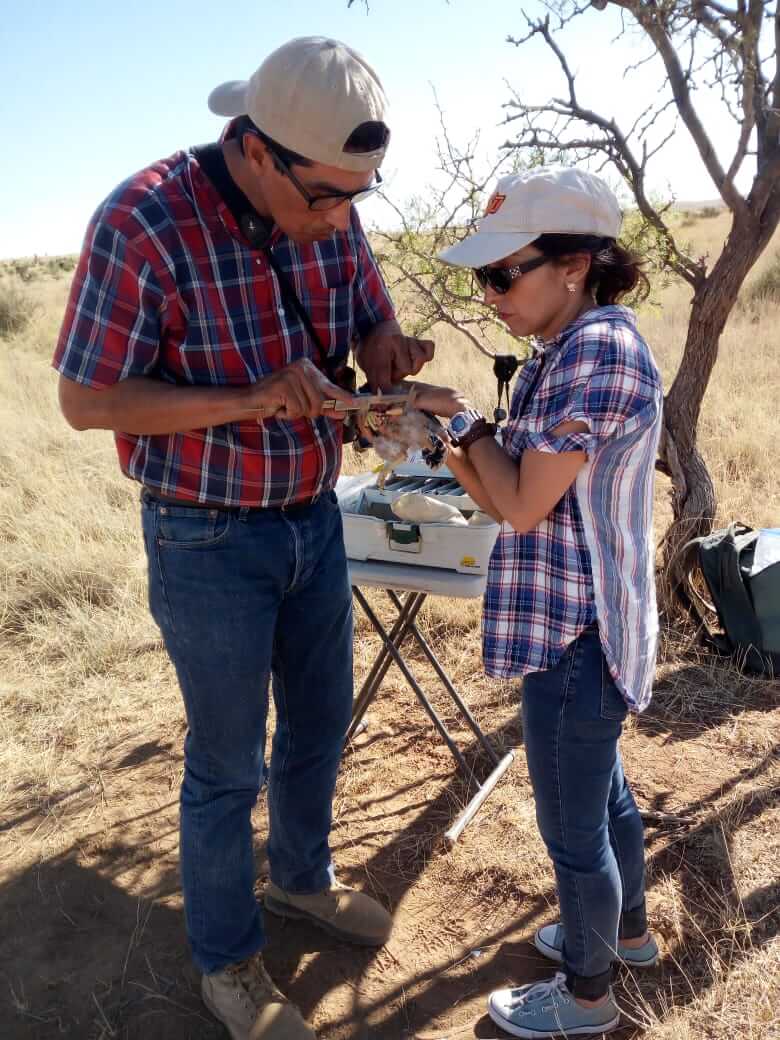 As part of the study, a satellite transmitter was placed on a juvenile Northern Aplomado Falcon in the Municipality of Ahumada, Chihuahua in May, which traveled to New Mexico in mid-July, where it has remained near Lordsburg, perhaps searching for a future breeding site. 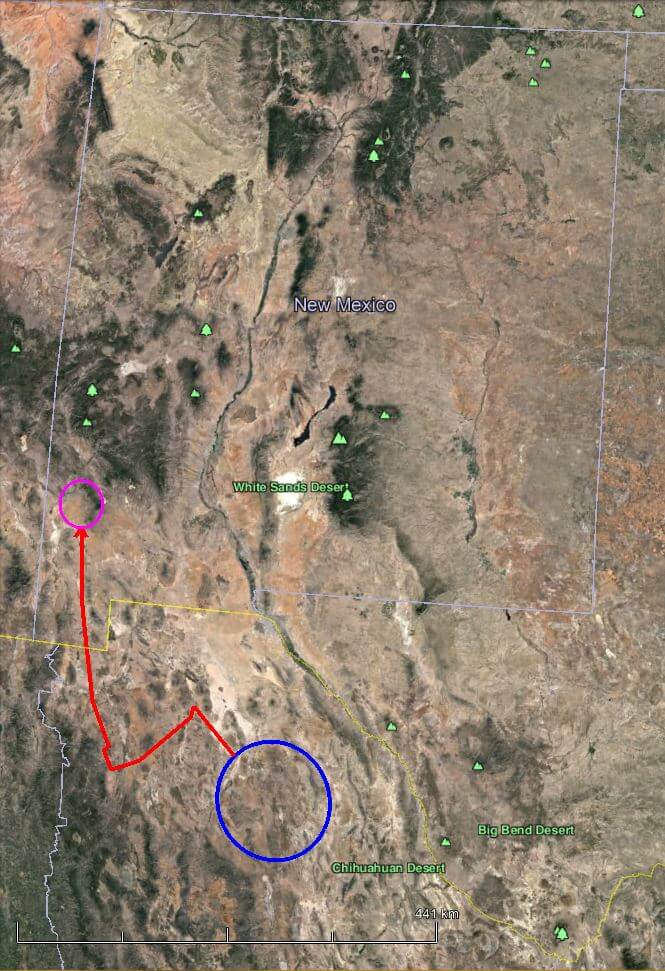 This dispersal event of a Northern Aplomado Falcon from Mexico to the United States is of great importance because: 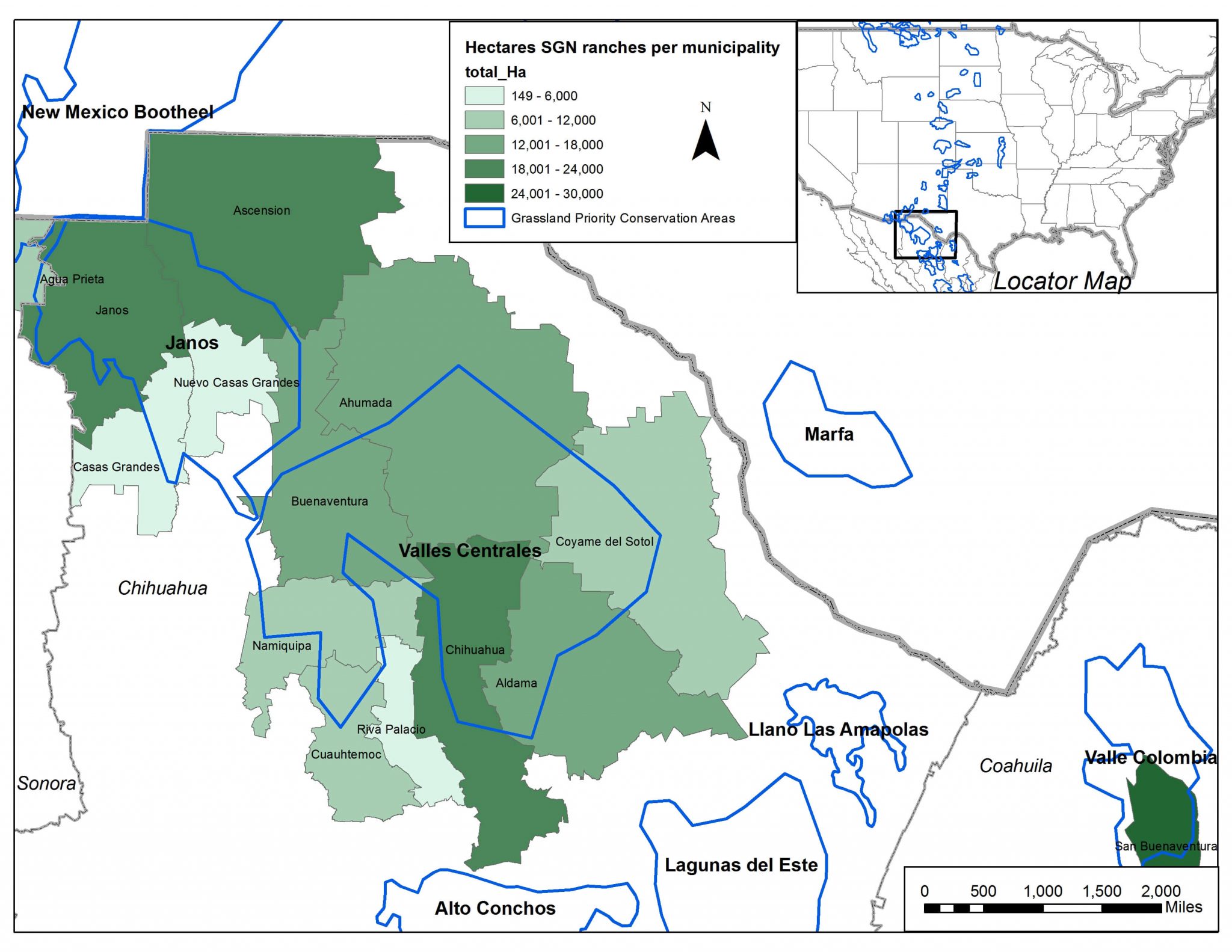 State-of-the-art technologies can support conservation and with these data and ongoing tracking efforts we will continue efforts to protect the source population in Chihuahua, as well as new breeding sites as they are discovered, targeting conservation actions. These actions include: 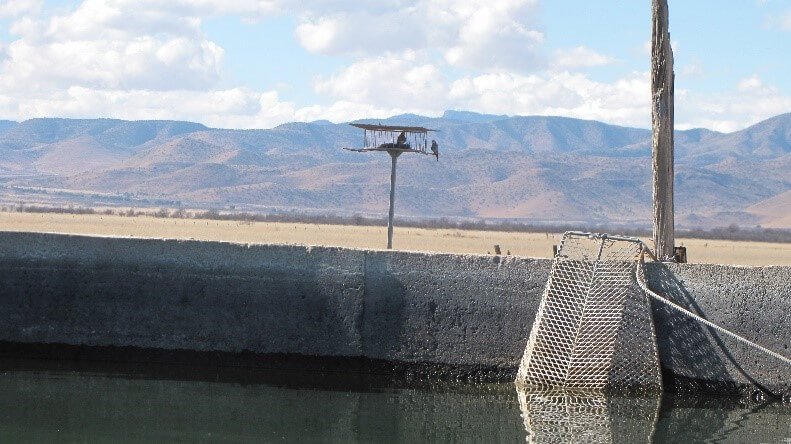 Falcons in nesting platform behind water tank with escape ladder for them to perch on while drinking. Photo © IMC Vida Silvestre

These conservation actions are possible thanks to the generous support* of Bobolink Foundation, USFWS, the Bureau of Land Management, US Forest Service, and the Southern Wings Program of the Association of Fish & Wildlife Agencies.