Bird Banding in the Nebraska Panhandle

We had a banner year at our banding station at Wildcat Hills State Recreation Area in Scotts Bluff County, Nebraska. 2020 proved to be our busiest season there to date, setting a new high for total banded birds and also adding several new species that had never been banded there before.

First, a bit of history:

The Wildcat Hills banding station began operation in 2007 and has been running each fall season since then. The surrounding habitat is quite different from much of Nebraska, featuring rocky escarpments with ponderosa pines, junipers, and mountain mahogany understory. As you might expect, habitat plays a major role in the species composition of banded birds at any banding station. At Wildcat Hills, our annual banding totals are dominated by seedeaters such as sparrows and finches (quite different from our Barr Lake banding station which is dominated by warblers and other insect-eaters). 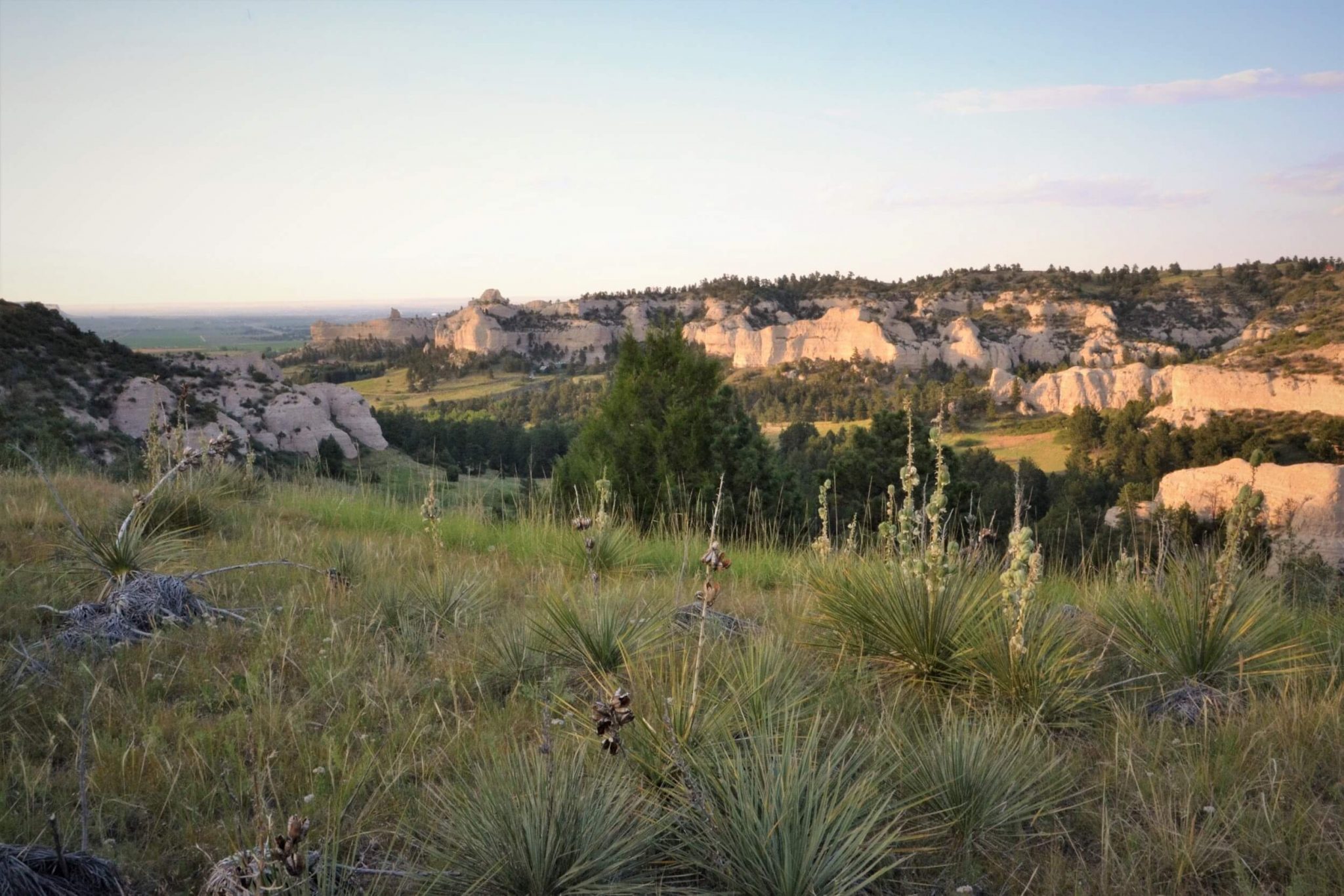 In 2020 we banded a record 1006 birds at Wildcat Hills, along with 11 recaptures from prior years. With a previous high of 915 birds and an annual average of about 450 birds, this was quite the season indeed! Our fall season ran from August 26-October 9. Right away we knew things would be busy; less than a week into the season we had already surpassed our total from 2019! As the days progressed, it became clear that we were experiencing an irruption of seed-eating birds. An irruption occurs when large concentrations of northern birds head further south than usual, showing up in huge numbers in places where they may not be seen at all in other years. We saw this phenomenon in several species this year, namely with Red Crossbills and Pine Siskins. We banded 144 Red Crossbills in 2020 (the most since 2011) and a whopping 487 Pine Siskins (more than triple the previous high)! There are some years in which we won’t band a single individual of either species at Wildcat Hills. We also banded our first-ever Hammond’s Flycatcher and Rose-breasted Grosbeak for the Wildcat Hills station. 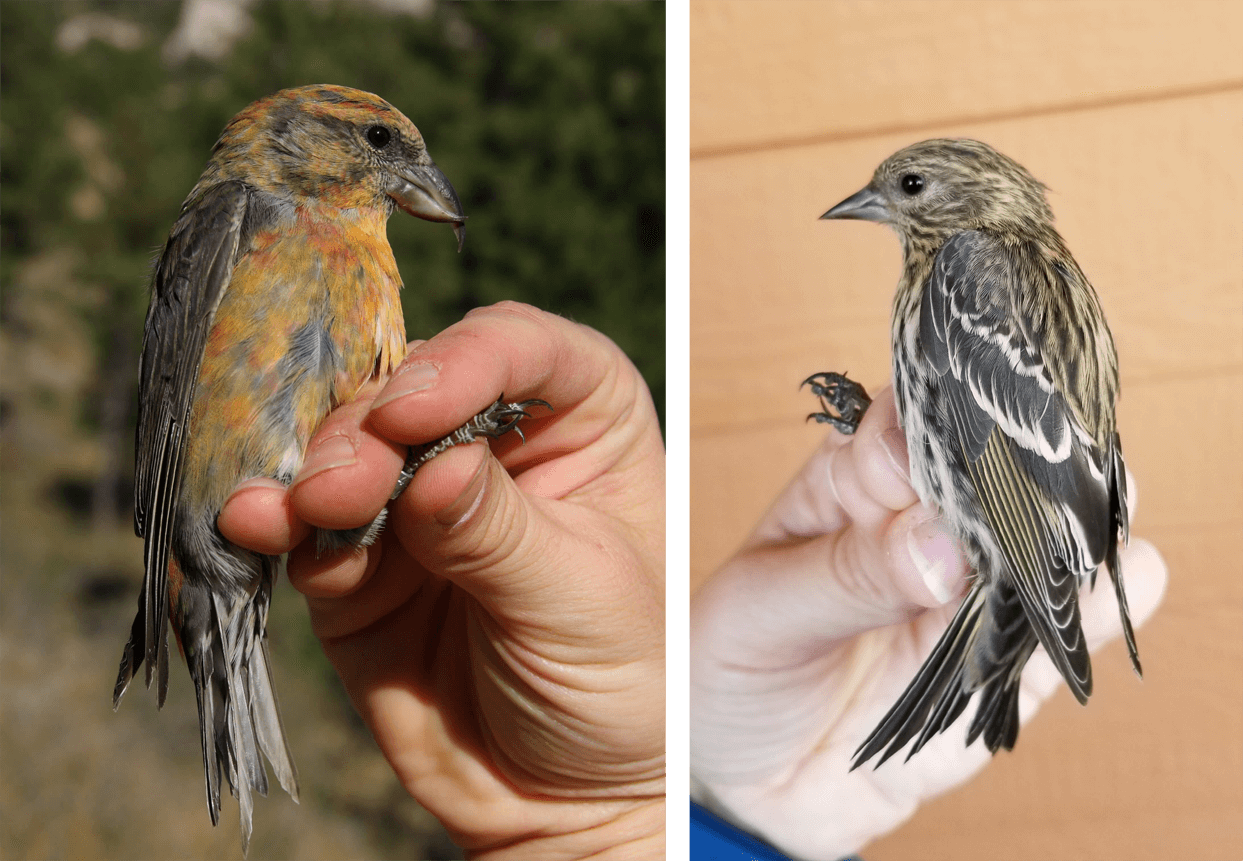 While the 2020 season proved to be wild and crazy for the birds at Wildcat Hills, it also presented unique challenges to overcome while facing a global pandemic. To ensure everyone’s safety and stay within public health guidelines, we got creative and adapted things to meet visitor needs at Wildcat Hills and our other Nebraska panhandle station at Chadron State Park. Typically, we host visiting school groups throughout the season. While we expected visitation to be down as schools were adapting to teaching during COVID, to our surprise we ended up with nine in-person field trips across both stations. These trips totaled 148 students and 21 adults that were still able to see bird banding and learn about conservation safely in person. Masks were donned, social distancing was in place, and group sizes were reduced, but all the students still loved getting out to the stations to see banding, become birds, and to just be outside on a field trip. Feedback from students and teachers summed up with, “This was the best field trip, ever!” 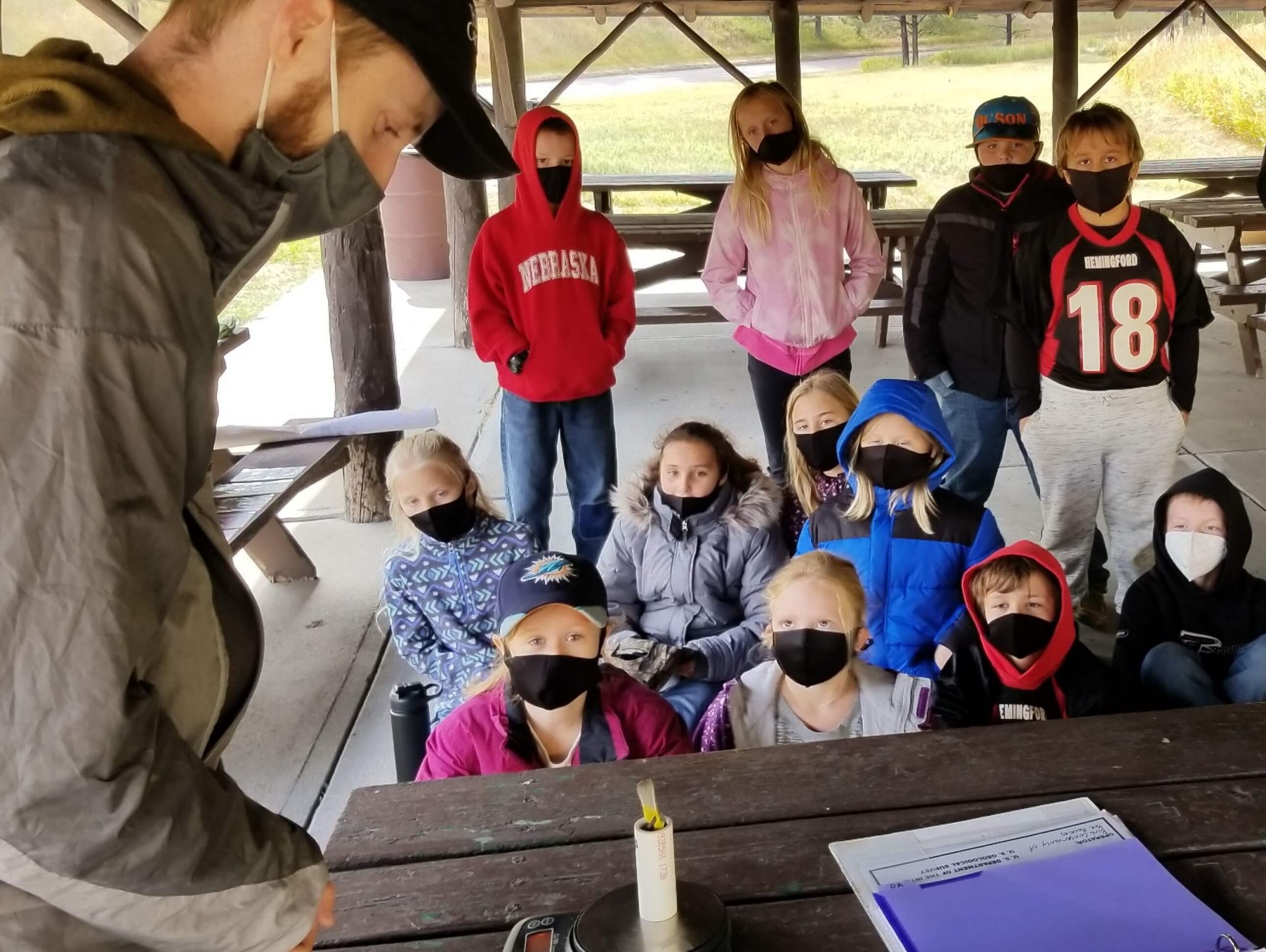 We also delved into the virtual world, setting up a live-stream of our morning banding sessions. With a crew of just two people, we hosted two virtual banding events from Wildcat Hills. During the virtual banding, participants were able to watch and learn about the banding process and see the diversity of birds that call Wildcat Hills home. They also “went on net runs” to fully experience the banding process. These two events provided an opportunity for classrooms and residents of Nebraska and beyond to tune into a unique experience happening every fall in Nebraska’s own backyard; the panhandle! Through virtual banding, we were able to reach 13 individual participants and two classrooms of students.

We are looking forward to incorporating virtual banding again next year to continue to share the important work that is being done in the Nebraska panhandle to a wider audience! Of course, we are eternally grateful for the continual support of the banding stations from Nebraska Game and Parks Commission and Nebraska Environmental Trust Fund.

Thank you to Friends of Bird Conservancy of the Rockies, Paul and Bea Sauer, for their generous support of our Nebraska educational programs. Our Friends program encourages and recognizes major donations that support our work to conserve birds and their habitats for present and future generations. Friends of the Bird Conservancy contribute $500 or more annually. Click here to Join our Flock!